How Do Employees Feel About GPS Tracking?

New research measures reaction to being tracked by GPS on the job for employees who don't have experience with the technology and those who do; the difference will surprise you 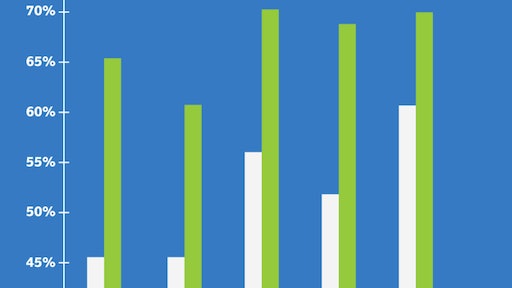 Do you use GPS to track your construction employees while they are on the clock? Is GPS tracking something you've been considering? The business benefits of GPS tracking are easy to determine, but what about our employees? Have we stopped to think about how they would feel about being tracked by GPS?

While how the employees feel may not be the number one determining factor in whether or not to use GPS to track your employees while on the clock, as a construction business owner, the thoughts and feelings of your employees are things you should at least acknowledge and consider.

The survey went even further to ask the employees to rank their concerns about workplace GPS tracking in five categories:

It would seem logical (at least to someone who has not been tracked by GPS in the workplace) that the biggest concerns would be after hours and privacy. Not so.

Even though privacy and after hours tracking isn't the highest concerns for employees, those are definitely things employers need to think about. Why? Legal ramifications.

Despite survey respondents not being overly concerned about after hours tracking, one in 10 responded that they were being tracked 24 hours a day, which is illegal in all 50 states, according to TSheets. Thirty-percent said they weren't sure exactly when tracking stopped for the day, and 45% of those employees who have been tracked either believed they were being tracked 24 hours a day or just were not sure.

No matter employee perception on 24-hour tracking, employers who decide to use GPS employee tracking must make sure they are following the law when it comes to tracking limits.

If you're considering adding GPS employee tracking in your construction company, make sure you talk openly with your employees. Help them not only understand why you're implementing it, but also how it will work and specifics about whatever app or software you'll be using. It might also help to discuss how many personal apps (such as Facebook) are GPS tracking enabled. If an employee is comfortable allowing personal apps to track their location it might be an easier transition to a GPS tracking workplace app.

The TSheets survey also pointed out that "only 9% of all employees surveyed cared about how much data or battery life a personal app used" despite that many personal apps are huge data hogs. According to TSheets, many workplace GPS apps use far less data and battery life compared to personal apps.

So have you incorporated GPS tracking into your construction workplace? If so, did you talk to your employees before adding this change to their daily work? Have you talked to them after GPS tracking had been in place for a period of time?

If you're considering adding GPS employee tracking to your business, what are your concerns? Have you asked for your employees' thoughts and opinions?

Here at ForConstructionPros.com, we're working hard to report on new applications of technology on the construction site, and we'd really appreciate anything you can share about your experience with employee time tracking technologies in the comments section below.