The Hidden Power and Pollution from Fossil Fuel Backup Generators

In an era in which many California municipalities, including San Francisco, are striving for 100 percent renewable power, the fossil-fuel powered generators are a hidden fly in the ointment. 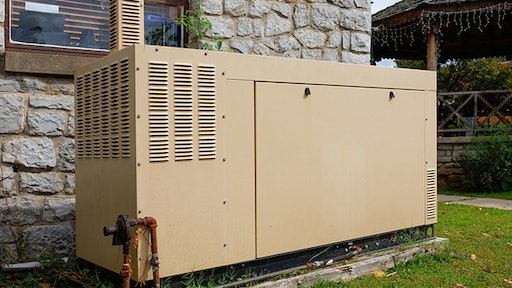 More than 6,400 backup generators – not counting the thousands of small engines in household garages and backyards – are littered throughout the San Francisco Bay Area, squatting at police stations, health care facilities, internet server farms and other places.  Ninety percent use diesel, a fuel that when burned can emit high levels of asthma-inducing particulate matter, as well as toxic carbon monoxide and smog-producing, climate-changing pollutants.

The engines mostly sit idle, waiting to be called on during an electricity grid outage. But there’s so many of them, a slug of which – known as “prime generators” – are used more actively, that even their intermittent use can add up to notable emissions.  In an era in which many California municipalities, including San Francisco, are striving for 100 percent renewable power, the generators are a hidden fly in the ointment.

All told, the Bay Area’s “BUGs” as they’re aptly named, have the capacity to generate more than 3,800 megawatts of power, roughly one-fifth of the state’s total electricity requirements on a mild spring Saturday. There’s almost 800 of them in San Francisco alone, able to make close to 530 MW, in excess of one-third of the City’s total needs on a peak demand day.  It’s likely that throughout California the swarm of BUGs is large enough to constitute a parallel, unseen, electricity system equal in generating capacity to the formal grid.