The California Energy Commission is soliciting companies and universities to create small-scale field tests to investigate whether the waste energy created by vehicles, and passed onto roads when driving, could be captured and turned into electricity. 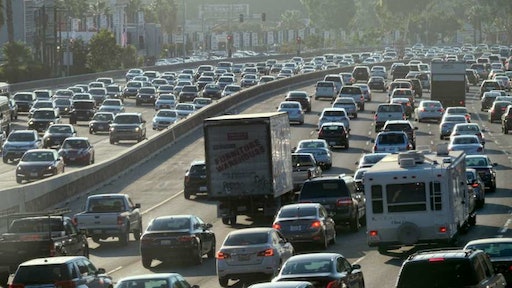 The California Energy Commission is investing $2 million to study whether piezoelectric crystals can be used to produce electricity from the mechanical energy created by vehicles driving on roads.

The commission is in the process of choosing a company or university to take on small-scale field tests. It will study how the small crystals, which generate energy when compressed, could produce electricity for the grid if installed under asphalt.

Scientists already know the technology works, but the state needs to figure out whether it can produce high returns without costing too much. Similar projects in other parts of the world have been discontinued.

"It's not hard to see the opportunity in California," said Mike Gravely, the commission's deputy division chief of energy research and development. "It's an energy that's created but is just currently lost in vibration."

Scientists say it's a matter of shifting perceptions.

"No longer is driving just the act of using energy. Maybe it's also part of the process of generating it," said Paul Bunje, a scientist at a Los Angeles-based nonprofit that funds technological developments and the former founding director of UCLA'sCenter for Climate Change Solutions.

The hope is that the use of clean energy produced by roads will help the state reach its goal of producing 50 percent of California's electricity with renewables by 2030, Gravely said.

The state is on target to reach 25 percent by the end of the year, according to the energy commission.

Read more from the SFGate.