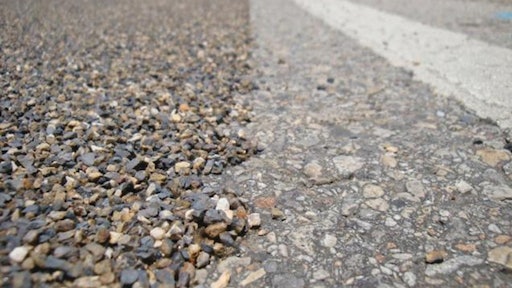 According to the Federal Highway Association (FHWA), over 2.4 million people were injured in vehicle crashes in 2012. Over half of those crashes occurred at roadway curves or intersections where excessive braking can cause premature polishing. High speeds, steep grades and driver inattention can also create environments where friction demand is higher than what can be accomplished with standard pavement surfaces. A surface treatment option that’s growing in popularity quickly and inexpensively transforms slick pavements into ones that resist skidding, hydroplaning and also helps to prevent roadway departures.

High Friction Surface Treatments (HFST) address reduced friction by providing enhanced traction when applied at high risk areas. Unlike reconstruction, which has long been on of the only surefire ways to combat friction reduction, HFST can be installed immediately on well-maintained pavement surfaces. Reconstruction is a costly and lengthy process which disrupts traffic flow for months, while HFST can be installed in just hours and is much more cost-effective.

A liquid polymer resin binder is sprayed on the roadway and calcined bauxite aggregate is placed or sprayed over it.  HFSTs can be applied by machine at a similar speed to other paving surface treatments, or applied with hand tools. In most cases, equipment applies polymer binding first and then broadcasts aggregates that bond to the material simultaneously. The road surface must be durable with few to no cracks and crumbling. Once applied, in a process that takes just hours, surface friction is dramatically enhanced when compared to traditional surface treatments.

Several high friction surface treatment products are available now and other, more cost-effective products are being developed. The HFST products use aggregates that are both polish- and wear-resistant, and develop channels to prevent water buildup on wet surfaces. The bonding materials such as Epoxy and other available blends are designed to set quickly.

Motorists may notice rougher riding surfaces in treated areas; however, they also will experience greater pavement friction resulting in better control of their vehicles. As pavement friction increases, motorists are provided with additional time to adjust their speed. Friction improvement projects have been well received by the public and elected officials because the results are measurable, the costs are relatively low, and the products produce negligible environmental impacts.

Installed costs of HFSTs vary widely, depending on the size of the project, labor costs, and the various components of the projects such as traffic control, treatment of pavement markings, etc. Projects accordingly have ranged from $25 per sq. yd. to $35 per sq. yd. However the price has been steadily going down for larger projects and where small installations have been bundled.

In comparing installation costs, there are several factors to consider. For example, the Kentucky Transportation Cabinet (KYTC), which has the most HFST projects (well over 100), had a significant number of projects on two-lane roads. On two-lane roads they averaged 750 sq. yd. each with an average installation price between $14,000 and $16,000 per project.

A recent project in another state with multiple locations that totaled about 77,000 sq. yd., cost about $19 per sq. yd. Multiple projects in California and New York recently were priced about the same. All of these projects included the total project cost in the unit prices, which included mobilization, traffic control, striping, remedial crack sealing, and patching in some cases.

And although most of the aggregates generally used for HFST (flint, granite, bauxite) are fairly expensive ($350 - $500 per ton), the aggregate is not the largest part of the HFST cost. The binder and the installation is the larger cost.

A recent before and after study from the South Carolina DOT for a series of curve installations indicates cost-benefit ratios of about 24 to 1. Kentucky placed HFST on 26 curves and to date has seen an average reduction from 6.2 to 1.9 crashes per year at those locations.

Additionally, the FHWA indicates that Wisconsin showed a 95% crash reduction rate when HFST was applied on ramps during the first year of installation. One untreated ramp in Milwaukee was the site of 87 crashes in just one year. HFST was applied in October of 2011 and just two crashes have occurred on that ramp since.

When compared to expensive and time consuming fixes, HFSTs are low cost countermeasures that help reduce roadway departure crashes, and in turn save lives.

Information provided by the FHWA