Identifying What Lies Beneath

New technology helps ensure the base layer is being properly prepared for a lasting asphalt pavement. 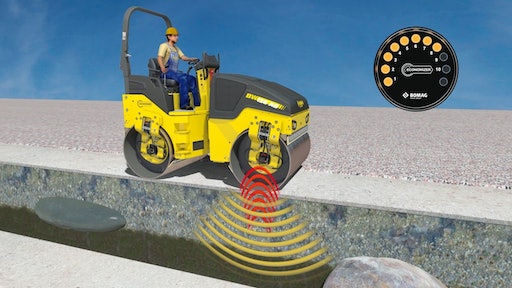 Since the mid 1990’s this country has experienced the most rapid infrastructure expansion since the time period following World War II. The expansion following the war was related to the federal highway and interstate system. The most recent expansion has been in the way of supporting areas such as residential driveways, roads and parking lots. It has been estimated that nearly 70 percent of the paved surfaces in the United States is on areas other than the federal highway system. Preserving and maintaining these paved surfaces is a daunting task looking forward.

With the rapid expansion that we experienced during the housing boom, unfortunately in many cases, we (as an industry) “made it black and never looked back." While most of us do not want to admit it as it has really given us a black eye, failures are indeed easy to identify. All of us have pulled into a parking lot, or traveled a road that has completely failed well before its expected life cycle. In many cases this was due to improper base preparation. While many factors can cause accelerated pavement deterioration and or failure such as water damage or poor application practices, an overwhelming portion of the issues are directly related to base layer failures.

The major issue facing us today is the fact that once the surface is paved, it is incredibly difficult, costly and in many cases impossible to correct base layer deficiencies. In many cases this can only be addressed with complete removal and replacement, recycling or stabilizing these areas in total. This is a fact of life that we face in the future.

What can be addressed immediately is any time new or replacement construction is to be performed, whether it is in total or patching solutions, we now have the ability to quickly determine the state of the base layer, before it is paved.

For many years equipment manufacturers have been working on “Intelligent Compaction” solutions for compaction equipment. There are many solutions available on the market today that are very sophisticated. These “Intelligent Compaction” solutions were originally designed with the concept of being able to chart passes, record temperatures and in some cases offer a stiffness value of the material being compacted. This concept was originally targeted at providing the contractor documentation and feedback regarding the material being compacted. While this is a very nice tool, it is sometimes difficult to use in a commercial environment due to the expense and level of sophistication level of the equipment.

As a derivative of Intelligent Compaction, simpler technology has been developed on compaction equipment by many manufacturers that offers the contractor the ability to see the level of compaction or density they are achieving in real time without data recording. This simple technology offers the contractor the ability to see (by a number or lights on the dash) how the compaction process is progressing. This is the type of inexpensive technology that is of  value to most all contractors by way of “proof rolling” the job prior to paving. This means that the area to be paved or re-paved is completely compacted prior to the paving process beginning. With this tool, the operator can visibly see the level of compaction that is being provided to the base materials.

Where the value is in this process and technology is the fact that the contractor can quickly identify any “soft spots” or deficiencies in the base course and repair those areas prior to the paving process. This allows the contractor to minimize the potential of a “Negative Callback” once the paving process is complete. A “Negative Callback” is defined as a call from a customer to complain or advise of an unsatisfactory area of the completed job. These scenarios are negative revenue producers and are very time consuming and expensive for everyone involved. I do not believe that “Negative Callbacks” can ever be completely eliminated, but if they can be greatly reduced, the contractor can move on to additional new projects that produce revenue.

This technology is not new magic; it has been available for years. Recent developments have made this technology more readily available and acceptable. The costs involved are within a range that is not only affordable, but provide tremendous identifiable value to contractors that provide pavement maintenance and reconstruction services.

John Hood is Director of Sales at BOMAG Americas, Inc.