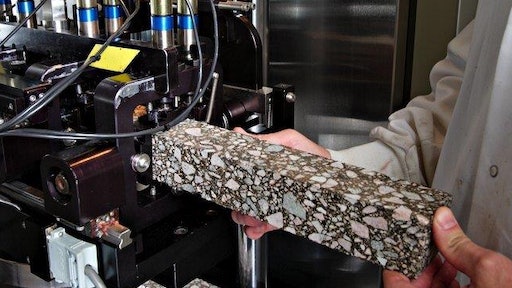 Asphalt pavement is America’s most recycled product. Each year, the National Asphalt Pavement Association (NAPA) conducts a survey to gather information from the industry on how much reclaimed asphalt pavement (RAP) and recycled asphalt shingles (RAS) are consumed annually.

NAPA’s 5th Annual Asphalt Pavement Industry Survey on Recycled Materials and Warm Mix Asphalt Usage: 2014 reported that the amount of RAP used in hot mix asphalt (HMA) and warm mix asphalt (WMA) was 71.9 million tons in 2014, a 28% increase from 2009 tonnage. If we assume that RAP contains 5% asphalt binder and 95% aggregate, this constitutes 3.6 million tons of binder and 68 million tons of aggregate, non-renewable resources that can be recycled back into use.

Average percent based on contractor's reported percentage for each sector

When combined, the recycled binder and aggregate adds up to significant potential savings to contractors, agencies and taxpayers. This then begs the question – which sector is using the most RAP and why aren’t we, as an industry, using more?

Many agencies allow the use of RAP in hot mix asphalt albeit with limits. RAP use in surface mixtures generally ranges from 0% to 15%, while higher ratios ranging from 20% to 30% are seen in structural layers.

RAP can be of extremely high quality containing Class 1 aggregates as well as oxidized asphalt. Recovering these resources can be valuable to the taxpayer. Recycling and reusing this valuable resource can significantly reduce the cost of a ton of hot mix, but the oxidized asphalt in RAP has a stiffening effect on the mix. Excessive quantities of a stiff binder can lead to reduced flexibility, early cracking and premature failure.

Performance is always a concern. Agencies are working hard to better understand the performance of high RAP mixes. Their goal is to limit the detrimental effects of RAP while maximizing the valuable RAP resource. Intuitively, it is best to avoid excessive stiffness that may compromise flexibility. There is currently no consensus on the best method for evaluation of high RAP mix performance, but two methods are gaining traction:

RAP use does have limits if left unaided. Over the years, early cracking and unexpected raveling in asphalt containing RAP have driven RAP use to the current generally accepted safe limits typically topping out at 15% to 20%. Changing binder grades to a lower PG grade, however, has been effective in incrementally raising RAP limits. Thereafter, mix performance is at risk and mitigating strategies are needed.

So how can agencies and contractors balance the cost-savings and environmental benefits of using RAP, while minimizing the damaging effects of stiffening the mix?

One company has developed an additive to address this very issue. Road Science's Revive 1114 is an asphalt additive that facilitates significantly increased RAP usage while maintaining mix flexibility and controlling stiffness.  The additive works in two separate ways:

First, it has a high solvency for the old, aged and oxidized asphalt. This means a very high percentage of the RAP binder will be quickly accessed and brought into the binder/mastic continuum.

Second, Revive 1114 reduces the complex shear modulus of the resulting RAP-virgin asphalt binder mixture. This combination reduces the risk of undesired performance and enables profitable use of more RAP.

Revive 1114 may be added to the binder at a terminal to meet the PG Grade of choice. Alternatively, it may be directly injected into the binder at the mix plant as required, reducing the need to inventory additional binder grades.

Lab data illustrates the effectiveness of Revive 1114 on high RAP mixes. A standard lab mixture with 25% RAP and a PG64-22 binder was used to provide baseline performance data for comparison. With a tensile strength of 230 psi, the 25% RAP mixture already exceeded the maximum stiffness specified by some agencies.  The RAP was incrementally increased to 35%, then 45% with Revive 1114 added, and as predicted, the Indirect Tensile Strength of the mixture increased linearly as shown.

Low temperature performance is another critical aspect of pavement performance.  As temperature decreases, the restrained asphalt layer builds up thermal stresses until the road cracks. The lowest temperature a mixture can withstand before cracking is known as its Critical Cracking Temperature.

High value RAP need not sit in stockpiles or be relegated to low-value fill options. High performance mixtures may be achieved while using higher RAP content predictably and controllably with Revive 1114 from Road Science.