With the $1 trillion Trump plan on the back burner, states are looking to raise their own money for infrastructure, but California's gas tax repeal could be a problem for any federal gas tax increase 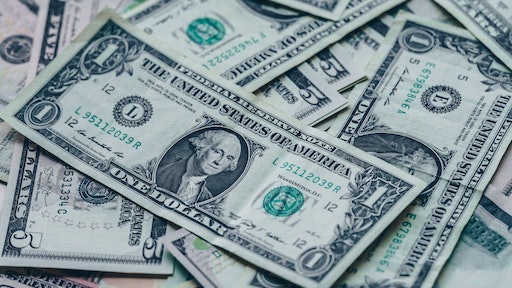 Remember that time we were all excited America elected a president that promised a $1 trillion infrastructure package? Yea, us either.

Nineteen months into the Trump administration, no credible proposal for anything near that scale has been made to invest in roads, bridges, transportation, better Internet access, or the other pressing needs of our infrastructure.

Not that President Trump hasn’t talked about investing in infrastructure. Last February, he even proposed a plan that, he claimed, would boost the country’s infrastructure with $1.5 trillion in spending over the next decade.

However, according to lawmakers, any proposed plan would rely little on Federal investment and force states and local governments to find their own ways to improve infrastructure.

So states have started to step up on their own. The Transportation Governance and Finance 50-State Review found that states are using over 50 different funding mechanisms to raise their own money for transportation.

However, raising the gas tax still seems like the fastest way to raise money. Since 2013, 20 states and the District of Columbia have indexed or implemented variable rate motor fuel taxes that will track with the price of fuel, population, vehicle fuel economy, etc. The hope is that this will alleviate some of those long-term downward pressures on fuel tax revenues.

The U.S. Chamber of Commerce knows that states can’t do it alone though. Their proposed plan to raise money for infrastructure involves raising the Federal gas tax five cents over five years.

“There is no better time to adjust this fee to update our infrastructure,” Ed Mortimer, vice president of transportation infrastructure for the U.S. Chamber of Commerce says. “We’re proposing a total increase of 25 cents. That’s a penny increase a year for the 25 years we haven’t raised the Federal gas tax.”

Mortimer says raising the gas tax is a Federal Government responsibility and the average taxpayer will only need to invest $9 per month in order to accommodate this increase. That compared to the average of $500 in vehicle damage per year the average American pays due to our crumbling roadways seems like a small price to pay.

“American people are starting to recognize the problem,” Mortimer says. “Infrastructure is an asset we can all benefit from in the long-term and we can’t give up. The longer we wait, the more it will cost taxpayers to fix what’s been neglected.”

All Eyes on California

While many states are starting to see gas tax increases in their states, California is looking to repeal their 12 cent increase that went into effect last November. This is bad news for any federal increase that may be in the works.

“If California can repeal, other states will try,” Mortimer says. “California is spending over $50 million on the repeal. That’s just crazy.”

If the repeal wins, the ramifications are huge for the future of our infrastructure and any support for a Federal gas tax increase.

“If California votes to repeal in November, House Majority Leader Kevin McCarthy of Bakersfield, CA has the potential to be the next Speaker of the House,” Mortimer says. “This means he will be elected to the seat on the success of a gas tax repeal.”

A new Speaker of the House that’s opposed to a gas tax increase is bad for our industry. If we’re really going to invest in infrastructure, this is a huge step back.

Has your states raised the gas tax? Are you starting to see more work from it? Let me know at jlombardo@acbusinessmedia.com.