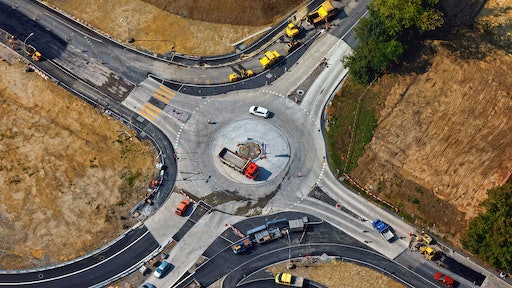 In the transportation construction field, your jobs can be greatly affected by your state’s usage of advance construction (AC).

In the simplest terms, advance construction is the practice of approving large transportation construction projects without prior commitment of federal funding. States utilize non-federal funds to begin or accelerate projects, while maintaining eligibility to be reimbursed later by federal funding.

AC has been a crucial component of highway legislation since 1956 but has gone through many updates over the years. AC usage across the states is quickly changing. One example is the scheduled 2020 expiration of the FAST (Fixing America’s Surface Transportation) Act, . Following a research brief published by the BATIC Institute and AASHTO about state-specific AC policies, DOT officials from North Carolina, Virginia and Delaware discussed their state’s practices in an informative BATIC Institute webinar on September 18.

Max Inman of Mercator Advisors, which conducted the study for the BATIC Institute, explained that AC was used during the 1970s and 1980s only if states lacked the necessary funds or obligation authority for highway construction projects. Essentially, AC was utilized at the end of fiscal years to bridge the gaps between annual state budget availability. It enabled the FHWA (Federal Highway Administration) to approve projects without the obligation of federal funds. According to Inman, “[This approval] means the project meets federal requirements but does not commit funding for the project at the time of approval or in the future.”

Changes in the 1990s expanded the program to cover projects throughout the year, without restrictions on when AC could be used. This allows states to begin more ambitious and flexible projects during all parts of the calendar year and extend their AC debt accordingly. Modifications also enabled states to utilize partial conversion, in which federal share could be obligated in increments.

The BATIC Institute study shows state-specific AC balances and obligation authority (the amount of federal aid obligation allocated to each state) increasing in 2011 and continuing to rise through 2018 to a total of $61 billion, which is a 61% increase since a similar study was conducted in 2010.

As part of the study, some states were asked to take a survey. The results found that states use AC to manage federal obligation authority including fund redistribution to manage cash flow. North Carolina and Virginia are two of the heaviest users of AC. North Carolina showed an outstanding advance construction balance between 200% and 400% of their federal obligation authority between 2010 and 2018.

Delaware was an extremely active AC user in 2010 but has decrease its usage significantly over time. In 2010, their $343 million balance represented 243% of their federal obligation authority. That balance has fluctuated, but the state recently dropped from having had the 7th largest balance in the U.S. to being 27th in percentage of obligation authority.