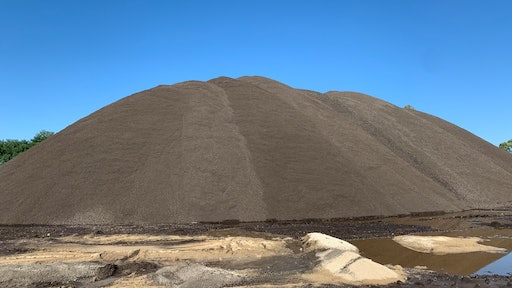 At the end of 2020, the Federal Highway Administration (FHWA) released a new report that outlines the success of using Reclaimed Asphalt Pavements (RAP) in pavement preservation treatments. The FHWA documented case studies, best practices, applicable tests, costs and specifications for RAP in pavement-preservation treatments, such as chip sealing, slurry sealing and microsurfacing.

Greg Duncan, senior engineer at Applied Pavement Technology, Inc., recently presented a webinar with the FHWA and described how agencies and practitioners have adapted typical practices to get similar performance with RAP as compared to virgin aggregates with preservation treatments.

The Value of RAP

We know that RAP Is a valuable by-product and we know we have a lot of it available to us. According to a 2019 survey by the National Asphalt Pavement Association (NAPA) in partnership with the FHWA, our industry reclaimed 97 million tons of RAP for future use. Using RAP instead of virgin materials not only saves scarce resources like aggregates, but it is also environmentally sustainable and cost effective.

Still, most contractors are only using 10-30% RAP in their asphalt mixtures for new construction which has created an abundance of RAP piles around the country. Since these materials improve sustainablility and decrease costs, many have thought it would make sense to use them for pavement preservation treatments.

A chip seal is an asphalt binder (commonly an emulsion) sprayed directly to a pavement surface followed by an application of aggregate chips, which are immediately rolled to ensure embedment. Aggregate retention is a construction and performance issue for chip seals.

The chip seal design process for RAP is largely the same in that the material reacts similarly to applications where a pre-coated aggregate was used but the aggregates need to be processed differently for RAP applications. For use in these preservation processes, RAP must be crushed and screened into single-sized coarse aggregate and fines and RAP stockpiles cannot have metal, fiber or soil contamination.

From the experience of contractors putting down chip seals with recycled materials, there are very small changes that need to happen during application in order to make the material perform as well as virgin resources. Contractors found that chip seal emulsion and application rates for RAP treatments required little alteration from those used for virgin treatments and performed comparatively.

While RAP use in slurry seals have been used less than RAP and chip seals, findings have also been positive. RAP slurry seals and microsurfaces had similar design requirements to RAP chip seals but more restrictive material specifications and more equipment requirements during application.

A benefit of using RAP as the aggregate source in slurry seals is a higher total asphalt content compared to virgin mixes—even though less emulsion is required to reach optimum design properties. The increased asphalt content provides better resistance to cracking and raveling and results in smoother surfaces and better-bonded longitudinal seams.

When using RAP in slurry and microsurfacing applications, contractors did find that this process required additional rolling with a pneumatic roller to set the materials more appropriately.

A few agencies in California have put these treatments to the test and have been pleased with the outcomes.

According to the study, agencies in California have been using reclaimed asphalt pavement aggregate (RAGG) in chip seals with positive results. A chip seal composed of RAGG and PG 76-22 tire-rubber-modified asphalt binder was used in the Lake Los Angeles area in 2013. The objective of this project, funded by the California Department of Resources Recycling and Recovery, was to determine whether nonpreheated 0.375-inch and 0.3125-inch RAGG were as compatible as virgin aggregate. Despite a few construction issues, such as variable/high moisture content, RAGG cleanliness on the first day of the project, and adverse weather conditions, the chip seal continues to perform positively.

Los Angeles Country (LAC) specifically has been leading the way in using recycled materials in their pavement preservation. According to the FHWA report, LAC’s switch from conventional to sustainable practices saved over $52 million and reduced greenhouse gases substantially. Since 2009, LAC’s RAP use has grown such that, in 2018, approximately 35 percent of LAC’s annual pavement-program budget was spent on RAP pavement-preservation treatments.

SBC applies chip seals with a specialized crew and contracts for emulsion and aggregate delivery to the project site. The RAGG can be delivered to the crew during construction or a few days prior to construction depending on their expected production rate.

What they found was that there was actually lower chip loss using RAGG compared to virgin aggregate. The asphalt film on the RAP chips may enhance bonding, and the fine particles on the chips may act as a choke stone, increasing texture density and reducing chip loss. SBC saved money on chip seal projects by allowing contractors to bid RAGG as a substitute for virgin materials with some projects seeing cost savings more than 25 percent. They also discovered that performance characteristics for chip seal were similar whether RAGG or virgin aggregate was used.

RAP maybe a cost-effective alternative depending on what the business climate is in your area. You need to find owners of RAP piles that have more of a stockpile than use for the material. Agencies and contractors both stockpile RAP as a byproduct of milling asphalt surfaces and producing excess material at asphalt plants. Most RAP owners are eager to cost-effectively reuse RAP in as many projects as possible if it does not jeopardize performance or service life and use in pavement preservation further extends those benefits.

These technologies are rapidly increasing across the country with states and agencies deploying the use of RAP in surface treatments. Many are encouraged by the findings that these materials are performing well while reducing costs. Look for these type of treatments to expand in your area and try to find ways to be on the forefront of these applications.

You can view the FHWA report at https://www.fhwa.dot.gov/publications/research/infrastructure/pavements/21007/21007.pdf