Atlanta's I-85 Bridge Expected to be Completed in June 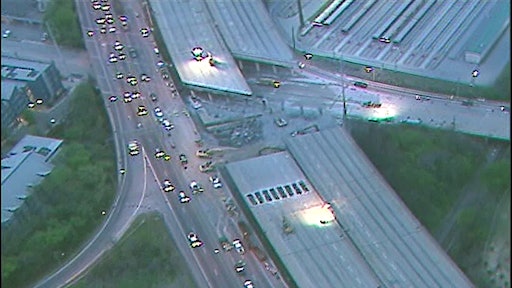 The middle of June is when the Georgia Department of Transportation is expecting the I-85 bridge to be rebuilt.

The initial timeline given soon after the collapse said the rebuild could take until the end of the year. The department said a combination of factors is why they are able to complete the project within 10 weeks.

GDOT will use the same beams the interstate is built on and wrap them in new material. They also did not go through the traditional bidding process for contractors.

Demolition of the bridge is expected to be completed Tuesday evening and contractor CW Matthews has been hired for this project. CW Matthews completed other road projects in the state, including work on GA 400.

The contractor has financial incentives to complete the project on time and ahead of time. There are also financial penalties if the project takes longer than projected. GDOT feels confident that the project could be completed safely in those 10 weeks.

Federal emergency dollars were received to help fund the project. The $10 million in emergency federal aid is only the beginning of what it will cost to repair I-85 but it is a start, "We fully expect the first 10 million to make a big difference in the overall cost of this process," McMurray said.

Read the full report at 11Alive.com by clicking here.