Report: Biggest Risk to Construction Workers is Being Hit by Vehicles or Equipment

Struck-by incidents contributed to 804 construction worker fatalities from 2011 to 2015, the most of any major industry, according to a new report; 52% of fatalities involved workers struck by an object or equipment 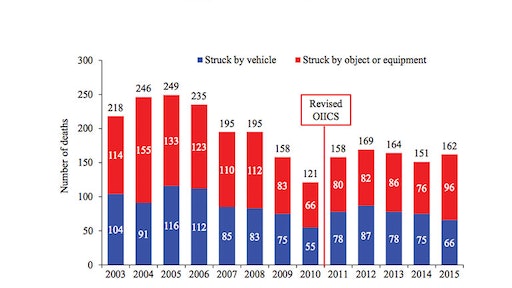 Struck-by incidents contributed to 804 construction worker fatalities from 2011 to 2015, the most of any major industry, according to a new report from the Center for Construction Research and Training, also known as CPWR.