Even though construction activity has remained below maintenance levels due to weakened federal funding, the FAST Act will continue to provide near-term funding support as the Highway Trust Fund has enough funding to cover large outlays through 2021. 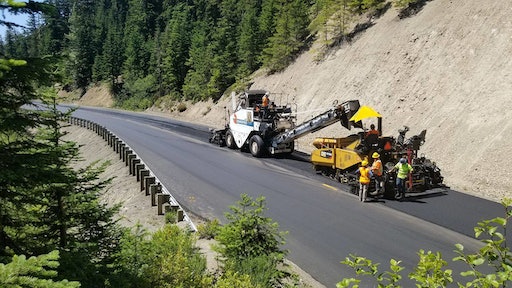 Shares of heavy-side building materials companies severely underperformed the market in 2018, with fears of an economic slowdown serving as the key overhang. However, decades of underspending has caused U.S. infrastructure to deteriorate, a concern that must inevitably be addressed. Indeed, infrastructure is the most important end market for aggregates, asphalt, cement and downstream building materials.

While funding limitations have historically weighed on demand, the outlook should improve. First, midterm election results should ultimately boost funding at the national, state, and local levels. Until then, the FAST Act will continue to provide near-term funding support, as the Highway Trust Fund has enough funding to cover large outlays through 2021.

Even though infrastructure demand has been strong for decades, construction activity has remained below even maintenance levels. This has led to system degradation over the years, deprived of adequate financial resources and inspires concern about future demand for heavy-side building materials.

Funding headwinds stem largely from a stagnant federal fuel tax that the federal Highway Trust Fund has historically relied on for funding. The tax of $0.184 per gallon of gasoline has not been raised since 1993, not even adjusted for inflation. Improving mileage as well as the growing number of hybrid and electric cars has further weakened the traditional funding mechanism. Accounting for about one fourth of total state spending, the federal government’s contribution remains an important part of infrastructure funding. However, amid the weakening effectiveness of the gas tax, the trust fund’s balance dipped to dangerously low levels, reaching less than $4 billion at the end of fiscal 2013. This amounts to less than 10% of annual outlays.

Although the funding problem has been well known and accepted, a broadly supported solution remains elusive. Instead, the U.S. government has relied on short-term cash infusions that provided the trust fund with just enough money to operate for several months at a time. Although this maintained solvency, the uncertainty that it caused weighed on construction. Infrastructure projects are long-dated, capital-intensive projects. As such, the uncertainty around the federal government’s ability to pay its share for projects weighs on state and local construction activity.

Morningstar views mixed control of Congress as a positive for infrastructure. Increased infrastructure funding is a relatively easier issue for which to find bipartisan support than legislation regarding other issues like healthcare or immigration reform. In fact, following the results of the midterm elections, leaders of all three bodies--President Donald Trump, House Speaker Nancy Pelosi and Senate Majority Leader Mitch McConnell--discussed infrastructure positively.

Read the full and see why infrastructure should be positive in 2019 here.