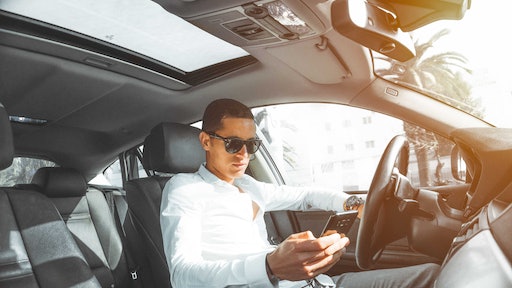 The American Automobile Association (AAA) urges drivers to put down their phone and avoid distractions when behind the wheel, especially during April’s Distracted Driving Awareness Month.

“When drivers are distracted, it puts everyone on the road in danger,” Nick Jarmusz, Midwest director of public affairs for  AAA – The Auto Club Group says. “A simple text, phone call, or even eating a sandwich while behind the wheel, can all have deadly consequences. AAA urges motorists to focus on driving. Avoid anything that takes your attention off-the-road and hands off-the-wheel.”

“Most drivers believe that if their eyes are on the road and their hands are on the wheel, then they are focused on the drive,” Jarmusz says. “But research proves that there are hidden dangers when using a cell phone or in-vehicle technology. Mental distractions last longer than you think and can cause a dangerous crash.”

Half of Americans Use Hand-held Phones While Driving

Despite the risk, drivers increasingly report using their phones while behind the wheel. Nearly half (49 percent) of drivers report recently talking on a hand-held phone while driving. Nearly 35 percent have sent a text or email.

This behavior is in contradiction to the fact that nearly 58 percent of drivers say talking on a cellphone behind the wheel is a very serious threat to their personal safety, while 78 percent believe that texting is a significant danger.

Teen drivers face a troubling combination of both distraction and inexperience. It takes about five years of experience before teens reach the skill level of most drivers. According to NHTSA, six out of 10 teen crashes involve driver distraction. In 2017, 297 people died in crashes involving distracted teen drivers. Visit teendriving.aaa.com for key tips for parents.

As part of National Distracted Driving Awareness Month in April, AAA – The Auto Club Group is partnering with The Hertz Corporation on a campaign that encourages motorists to evaluate their driving habits. People who visit AAA.com and take the pledge to drive distraction-free will receive a discount on their next Hertz car rental.

To learn more about the AAA Foundation’s research on how vehicle manufacturer’s in-vehicle technology, including Apple CarPlay and Google’s Android Auto systems, can create dangerous distractions for drivers behind the wheel, visit AAA.com/distraction.