Highway & Bridge Construction Employment Up for 5th Month in 2019 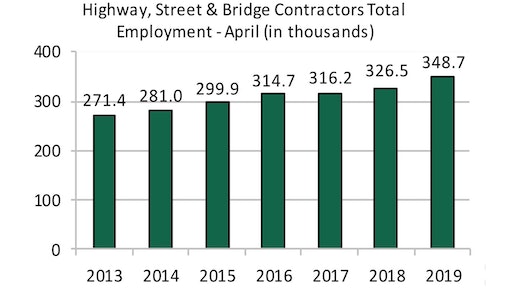 Highway and bridge construction employment reached 348,700 in April, which is 6.8% higher (about 22,200 workers) than April 2018 levels, according to data from the U.S. Bureau of Labor Statistics (BLS). 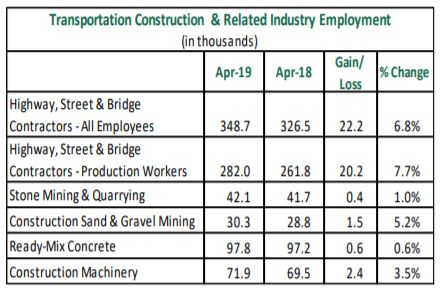 The average April hourly wage of production workers in highway, street & bridge construction was $28.99 compared to $28.31 in April 2018.

Highway and bridge employment reporting lags a month behind other data in the BLS release, so May transportation construction details are not available until early July.