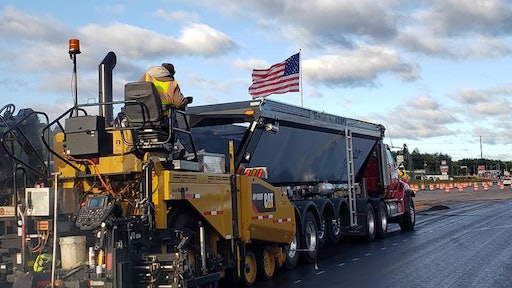 “The ballot results are a great reminder infrastructure investment remains one of the few areas where red states, blue states, Republicans and Democrats can all come together,” ARTBA president Dave Bauer said. “It should also demonstrate to lawmakers on Capitol Hill that the public will be on board for the passage of a long-term bill that significantly boosts highway and transit investment at the federal level.”

Voters in Maine overwhelmingly approved, by a 76% to 24% margin, a $105 million bond measure to support transportation infrastructure projects. The vote was Maine’s seventh successful transportation bond in eight years.

While transportation investment fared well nationwide, Washington state voters endorsed by a 56% to 44% margin a measure that reduces or repeals certain motor vehicle taxes and fees and removes the authority to impose certain new fees without their approval. This decision will cost the state nearly $4.3 billion in state and local transportation revenue over the next six years.

A measure in Colorado that would have permitted the state to retain excess tax collections in order to fund education and transportation failed by a 55% to 45% vote.

The 305 measures tracked by ARTBA-TIAC is the largest number ever for an odd-numbered, off-year election. Although historically most transportation measures are put on the ballot in even-numbered years when congressional or presidential elections drive higher turnout, an increasing number of measures are being considered by voters during odd-numbered years and primary elections.

Of the local ballot measures, most (302 of 305) were property tax increases, primarily in Ohio (154) and Michigan (15), where many municipalities consistently ask voters to renew such assessments to pay for local roads and infrastructure repairs.

Additionally, local bond measures in Texas appeared on 25 ballots and received 96% approval, which will generate nearly $6 billion. Most of these measures established municipal utility districts.

The approved measures will support $7.7 billion in new transportation investment revenue and $1.9 billion in continued funding through tax extensions, renewals or protections. The timing of the market impact of these actions is difficult to project as revenue approved will last up to 25 years.

A complete report and an all-new interactive dashboard that filters results by state, mode, year and type of initiative are available at the Center’s flagship website: www.transportationinvestment.org.