New AGC survey show over half of construction workers report vehicles have entered into their work zones. 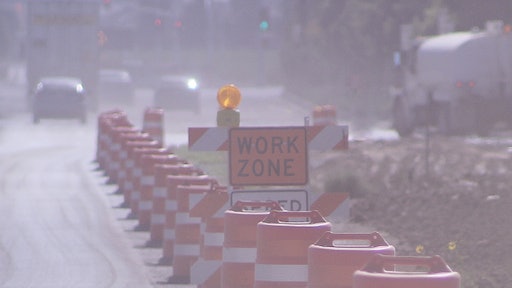 New data shows motorists and workers are at risk. Officials are urging drivers to be careful around jobsites and work zones as summer driving season starts. The Associated General Contractors of America (AGC) and HCSS announced new survey results highlighting the dangers of highway work zones for motorists and workers. The survey is conducted to better understand the frequency, severity and broader impacts of vehicles crashing into highway work zones.

Work zone crashes in the past year have happened far too frequently:

“The men and women of the construction industry are frequently working just a few feet, and sometimes inches, away from speeding vehicles,” said Ken Simonson, the AGC chief economist and author of the annual survey. “Too often, drivers who are distracted, speeding and/or under-the-influence crash into those work zones, putting workers and themselves at risk of serious harm and death.”

According to the results, 78% of contractors report that highway work zones are less safe today than they were a decade ago. There could be many factors that contribute to that result; the traveling public is always in a rush, the use of phones while driving, the amount of traffic on the roadways is increasing.

Companies are going to great lengths to protect their workers, especially with emerging technology like wearables that vibrate when cars encroach on the workzone, rumble strips or barriers and special training programs for their crews. Or having a police car stationed at the start of the jobsite with their flashing lights to catch the eye of drivers on the roadways.

“In many cases, vehicle speeding contributes to these crashes in work zones,” said Steve McGough, President and CFO of HCSS. “Utilizing speed cameras with a zero-tolerance policy would go a long way to protect the traveling public and our workforce.”

Another statistic found was drivers and passengers are three times more likely as construction workers to be killed in work zone crashes.

"The best thing anyone can do to protect themselves and workers is to slow down, put the phone away and pay attention when they are in a highway work zone," added Simonson.

Construction companies should continue to partner with state and local associations to better educate the traveling public and truly help them be aware of those workers and make sure they go home safely, day in and day out.

There are Faces Behind the Barrels

"It is important to put the situation into perspective, moms, dads, siblings, grandparents are the workers on those jobsites," said Amy Hall president, Ebony Construction. "There has to be some type of awareness when it come down to it, reminding the public to be aware and be careful when traveling through work zones."

"Many of our chapters are working with state officials to get those changes put in place," said Simonson. "Better training and public policies will help. But the ultimate responsibility lies with the motorist."

Pecora 322FC is a two-part, product designed for the sealing of pavement joints that experience thermal movement.
Pecora Corp
May 20, 2021
Follow Us