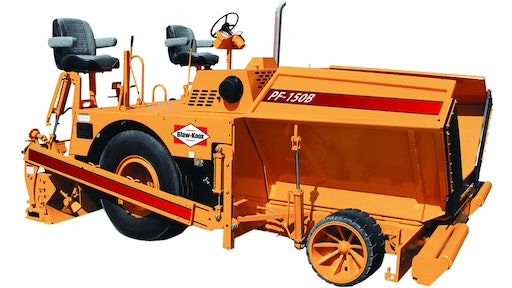 The Blaw Knox PF-150B and PF-161B paver/finishers are equipped with 7-ton and 9.8-ton capacity hoppers and a dual feed system with electrically-controlled power flow gates.