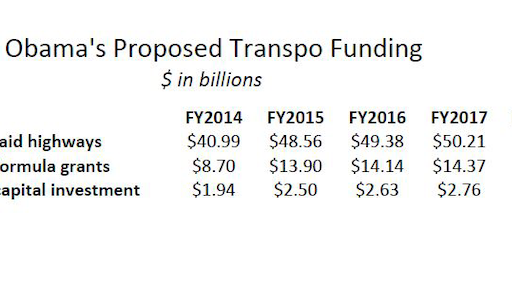 President Obama's Grow America Act, the administration’s proposal for MAP-21 reauthorization, is a four-year bill that calls for $302 billion in transportation investment. The bill proposes “business tax reforms” as the means to provide the revenue needed for the Highway Trust Fund to support increased funding levels.

See the the bill’s proposed funding levels in the table above.

Other features in the 350-page measure proposal include: