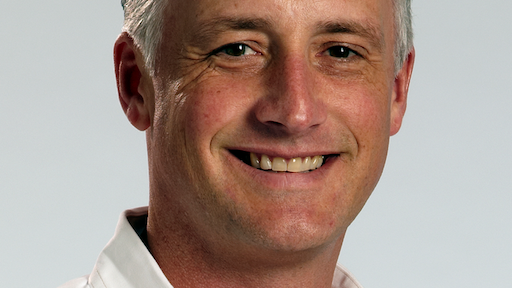 In his new leadership position, which he assumes July 1, Schwarz will be responsible for setting and achieving the goals and objectives for the manufacturing facility. Schwarz will report directly to Jeff Elliott, who assumed the role of group vice president for Astec Industries July 1.

KPI-JCI and Astec Mobile Screens is a premier worldwide manufacturer for the aggregate, recycling and construction industries.

“JCI is an amazing company and I am quite proud to be chosen as the person that will guide the business into the future,” Schwarz said. “The culture here is solidly grounded with Astec Industries’ five core values. These core values have pointed all of our associates in the right direction in the past, and they will continue to do so well into the future. My vision is one that holds strong to our beliefs and values that have gotten us this far. This is a company that embraces innovation and is constantly challenging itself to do better.”

Schwarz said the Oregon manufacturing facility is at a unique point in time where it is starting to feel the “growing pains” of an increasing demand for its products.

“Anyone who has visited the facility in the last year or so has probably recognized the need for more space,” he said. “The management group has started planning for what our facility will look like in the future, and I am looking forward to structuring an organization that has the tools and resources necessary to ensure the growth of the company.”

With a background in equipment distribution, Schwarz said he looks forward to the opportunity to working with the company’s authorized dealer network.

“With my recent role as general manager of Astec AggReCon West, I am acutely familiar with the efforts required to sell our products,” he said. “I hope to use this experience to understand the needs of our distributors that represent KPI-JCI and Astec Mobile Screens.”