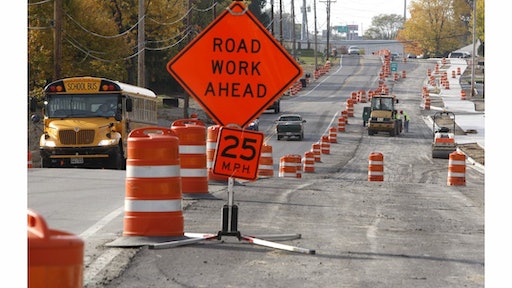 Two-thirds of the economic benefits and jobs created by federal highway and transit investment occur in non-construction sectors, according to a new analysis from IHS Inc., a global source of critical information and insight. The study also finds that every dollar invested through the federal Highway Trust Fund (HTF) in state highway, bridge and public transit infrastructure programs returns 74 cents in tax revenue.

The report, “Transportation Infrastructure Investment: Macroeconomic and Industry Contribution of Federal Highway and Mass Transit Program,” reveals that 70% of the economic benefits, or value-added, of federal HTF investments in transportation improvements occur in non-construction sectors of the economy. Among the sectors that benefit the most are service industries such as business, education, health and leisure, and hospitality.

The study also finds that 62% of the jobs created from federal highway and mass transit investments are outside the construction industry. Over one-third of all jobs created are also in service industries like business, education, health and leisure, and hospitality.

Karen Campbell, a senior consultant at IHS, who produced the report with Bob Brodesky, a transportation expert and senior manager in the IHS Industry Consulting Group, says the spillover effect into other industries is large.

“The study shows that investment in transportation infrastructure has a positive impact on every major sector of the U.S. economy," says Campbell. "These far reaching economic benefits contribute to economic growth by improving the nation’s capital stock, which enables increased economic activity."

IHS notes that current levels of federal investment on highway and public transit spending contribute nearly one percent to the U.S Gross Domestic Product (GDP), the measure of goods and services produced by the economy. Among the other economic benefits:

IHS also studied the resulting impacts from five percent annual increases in federal highway and transit investment from 2014-2019, and found the added investment would create:

“Federal transportation spending expands the capital stock of the U.S. economy, drives the production and delivery of goods and services, and positively affects business and household incomes,” the study’s authors write. “It also enhances the transportation system’s operational capacity by reducing travel times and costs. This results in greater accessibility for individuals, households and businesses, more efficient delivery of goods and services, improved lifestyles, and standards of living, and safer roadways.”

"The economy could be growing and expanding at a faster rate with better infrastructure," says Ruane. "We're going to use this report to help educate legislators - especially the new members - and try to get face to face with them during their recesses as their home visiting with their constituents."

The members of the Transportation Construction Coalition (TCC), which commissioned the study, said they would send it to all congressional offices to help them better understand the urgency for a permanent solution for the Highway Trust Fund well before May 2015, when funding for the highway and transit program will once again be in jeopardy for the sixth time since 2008. The TCC is issuing this report ahead of the upcoming congressional recess, when many coalition members will be meeting with their elected officials at home.

"Most of these legislators get it, but this study is just more ammunition to show how the infrastructure impacts everyone," says Ruane. "It gives us more weight to tell them to get their bloody job done."

Steve Sandherr, CEO of the Associated General Contractors of America (AGC) agrees that most understand the benefits to the construction sector, but few appreciate the benefit to the broader economy. "We rely on good roads to deliver goods and equipment and get workers to and from work," he says. "We can't afford to have Washington neglect our infrastructure anymore."

For a copy of the IHS report, Transportation Infrastructure Investment: Macroeconomic and Industry Contribution of Federal Highway and Mass Transit Program, go to transportationconstructioncoalition.org.