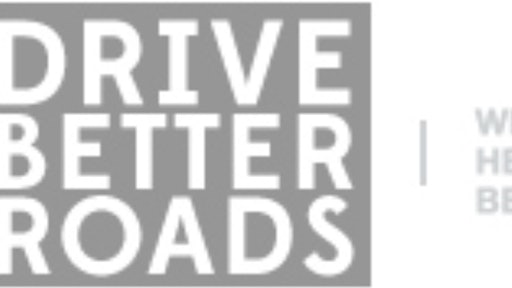 AGC encouraging commuters and shippers to use the hashtag #DriveBetterRoads to tweet pictures and stories that highlight the road conditions in their areas.

The Associated General Contractors of America is launching a new nationwide advertising and education campaign to push for a boost in federal transportation spending called #DriveBetterRoads. The new effort is designed to encourage Congress and the Obama administration to figure out a way to fund needed highway and transit repairs before current legislation, and the federal funding that comes with it, expires on May 31st.

“We all have a stake in making sure Washington figures out a way to continue investing in good roads and safe bridges,” said Dale Stubblefield, vice president of Arlington, Texas-based Austin Bridge & Road and a member of the national construction association.  “Our goal is clear, we want everyone who uses roads and bridges to understand they can Drive Better Roads as long as they make their voice heard in Washington.”

Stubblefield, who announced the new campaign while hosting former U.S. Secretary of Transportation Ray LaHood at a local highway construction project his firm is performing, said the economic benefits of investing in infrastructure are significant. He noted that the I-30 managed toll lanes project that he and former Secretary LaHood visited employs dozens of workers and relies on suppliers from throughout Texas and the country.

He added that highway projects do much more than support jobs. He noted that improving roads and bridges cuts commuting times so families can spend less money on gas and time in traffic. And fixing transportation infrastructure helps lower shipping costs so the goods and services people purchase can cost less.

The contractor and association member said the new #DriveBetterRoads campaign is designed to help commuters and shippers understand how much they benefit from federal highway investments. The campaign is also focused on making sure these commuters and shippers understand that they can and should play a key role in pushing Washington to find a way to pay for road and bridge repairs for the long time.

As part of the campaign, the Associated General Contractors of America is launching a new series of targeted digital advertisements focusing on Dallas and Houston-area commuters. Stubblefield noted that the association plans to expand its advertising effort to the rest of the country over the coming weeks. In addition, the association is urging people to share pictures of bad traffic, poor road conditions and aging bridges by Tweeting them out with the common hash tag #DriveBetterRoads.

Stubblefield added that the association is also urging commuters and shippers to visit www.DriveBetterRoads.org to learn more about the value of the highway program and send a letter to their members of Congress urging them to support federal highway investments. He added that the association was launching the new effort now to make sure Congress and the Obama administration act before federal transportation investments, including $4 billion a year in funding for Texas roads, expires on May 31st.

“Drivers don’t have to settle for bad roads, lousy traffic and unsafe bridges,” Stubblefield said.  “As long as they speak up, we can all Drive Better Roads.”

Construction Spending in Multifamily, Manufacturing Segments Up 30% from 2014