Much has been written on the what will play out in broad terms, but how about how the law will affect your equipment rental business' taxes. 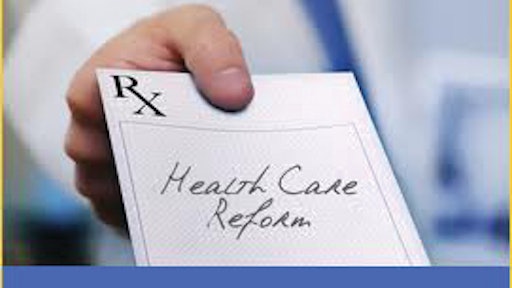 The big question on everyone's mind is how the Patient Protection and Affordable Care Act (aka “ACA”) will affect their business. Much has been written on the what will play out in broad terms, but how about how the law will affect your equipment rental business' taxes.

How are you classified?

First, we must look at business classifications.

Those with up to 50 FTE (Full-Time Equivalent) Employees - For these businesses, no employee coverage will be required, but the ACA will still have a significant tax impact on owners (see below).

Those with 51-199 FTEs - These businesses must offer “minimum essential coverage” or pay a penalty of $2,000 per year, multiplied by the number of FTEs exceeding 30.

Those with 200 or more FTEs - Such businesses must automatically enroll every employee in an acceptable health insurance plan.

Importantly, the effective date for the above requirements was recently extended from Jan. 1, 2014 to Jan. 1, 2015.

In an effort to pay for the anticipated cost of the ACA (roughly $2.6 trillion over the 10-year period from 2014 through 2023, up from its originally estimated 10-year cost of $940 billion, according to the Congressional Budget Office as of May, 2013), certain taxes have been created or increased:

3.8% Hospital Insurance Tax -  An additional 3.8% Hospital Insurance Tax (a part of Medicare) on “High-Income Individuals” (those making more than $200,000 per year; $250,000 for married couples filing jointly) became effective on Jan. 1, 2012. The tax is assessed on the lesser of: (1) the individual’s net investment income (interest, dividends, annuities, rents, royalties and capital gains); or (2) the individual’s income which exceeds $200,000 for single filers, or $250,000 for married couples filing jointly.

$8-$14.3 Billion Health Insurance Tax (“HIT”) - An annual sales tax (currently $8 billion; rising to $14.3 billion in 2018) will be assessed on health insurers, and is to be distributed across such insurers (with certain exceptions for non-profits and government-funded plans). As is the case with most sales taxes, this tax is expected to be passed on to purchasers, including small businesses.

40% Excise Tax on “Cadillac Plans” - Beginning in 2018, insurance companies will pay a 40% excise tax on so-called "Cadillac" high-end insurance plans worth over $27,500 for families ($10,200 for individuals). Dental and vision plans are currently exempt.

$1-$2 Adjustable Per Participant Fee - A separate $1-per-participant fee on the average number of individuals covered will be assessed in 2013. This fee will affect all issuers of specified health insurance policies as well as sponsors of self-insured health plans. The fee rises to $2-per-participant in 2014 and is subject to adjustment as necessary thereafter.

20% Tax on HSA Withdrawals - The tax on withdrawals from Health Savings Accounts for “non-qualified expenses” has been increased from 10% to 20%.

Following are some suggestions for reducing these additional taxes and claiming some of the available tax credits:

Small Business Tax Credits - The ACA permits qualified employers of up to 25 employees who pay average annual wages below $50,000, and fund at least 50% of employee health insurance premiums, to apply for a small business tax credit of up to 35% of the employer’s contribution (increasing to 50% after the ACA’s “Affordable Insurance Exchanges” become operational).

3.8% Tax on Unearned Income - The 3.8% tax on unearned income might be reduced by allocating assets that generate high income into an IRA, using annuities to shield income, and/or reallocating a portfolio to include more tax-free investments (e.g., municipal bonds).

HDHPs - “High-Deductible Health Plans” (having deductibles of at least $1,000 for individuals and $2,000 for families) have become more popular because they offer some cost savings, while allowing for employer reimbursements of deductibles (“HDHP/HRAs”) or savings plans contributed to by employers and/or employees) to cover their deductibles (“HDHP/SOs”).1

Comparing the Cost - As part of their overall tax planning, Business owners can be expected to begin comparing the cost of providing coverage against the cost of not doing so and simply paying the mandated penalties.  For reference purposes, in 2011, the average annual premium for employer-sponsored health insurance plans was $15,073 for family coverage, and $5,429 for single coverage according to the Kaiser Family Foundation.2 Comparing this cost against, for example, the $2,000 per-FTE penalty described above (for employers of 51-199 FTEs) only makes sense.

Implementation of the ACA begins in earnest in 2014, but its real cost remains a very large question mark for most businesses. Unfortunately, CBO cost estimates continue to rise, which will likely mean only one thing for business taxes. Forewarned is forearmed. Taking the above referenced steps is a good start, but we recommend contacting your tax professional well before the end of the year in order to give yourself the best opportunity to take the necessary steps to reduce your tax burden.