The 2018 tax bill brought some opportunity and complexity to equipment depreciation choices. Here's what buyers need to know at year's end about Section 179 program changes 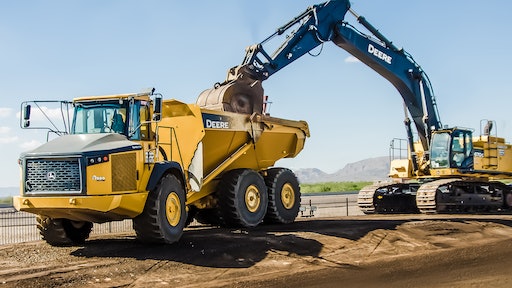 In recent years, Section 179 details haven’t been available until closer to the close of the current year. However, with the passing of the 2018 tax reform, program information has been available for some time for those looking at year-end purchases.

The tax bill brought some changes to the Section 179 program. Here are two key updates and what interested buyers need to know as year-end approaches. Those with additional questions on the program can read RDO Equipment Co.’s Section 179 FAQs to learn more.

Perhaps the biggest update to Section 179 isn’t about the program itself but rather a key aspect that, in the past, has gone hand in hand with the program. Bonus depreciation used to combine with Section 179 and be applied at 50% after $2 million in spending was reached. In 2018, the bonus depreciation percentage increased to 100% and used equipment is now eligible.

With these changes, the two are no longer used together. Each is a valuable tax incentive on its own and each company has the opportunity to choose which to use based on individual needs. To learn more, read about two important updates to bonus depreciation.

As of this year, the Section 179 deduction limit is raised to $1 million, an increase from the $510,000 limit that was in place in 2017. This change offers more flexibility for companies to choose if Section 179 or bonus depreciation is the right strategy. And because it phases out once the $2.5 million dollar spending cap is reached, the change is more significant for smaller companies.

With the changes made in 2018, bonus depreciation takes away some of the power that Section 179 has had historically. However, it’s worth noting one key piece of it that hasn’t changed: the program continues to apply to both new and used equipment purchases.

The used equipment market and machine values are strong this year, with new equipment continuing to offer more features and technology integration. Buyers have great options with both new and used purchases. So no matter which route is best for them, Section 179 remains an applicable option.

Even though the 2018 parameters for Section 179 have been available for a few months, year end continues to be the time when most consider final purchases to apply the tax incentive. Upon reviewing the year’s financials and income, and talking to a trusted accountant or tax advisor, some may decide it doesn’t make sense to take advantage of Section 179.

(Learn more at Construction is Booming: Is It Time to Invest, Time to Manage or Both?)

For those who decide it is a good time to buy, the next step should be to work with a trusted equipment partner. Most have a large inventory of new and used machines available, with lease options offered as well (most of which are also eligible for Section 179). An equipment partner can also offer parts and service support to protect the investment long after the purchase.

Dennis Howard is Vice President of Fleet and Remarketing with RDO Equipment Co. and based in San Antonio, TX.

How to Save on New Equipment Purchases: Section 179