Thirty-eight percent of economists surveyed by the National Association for Business Economics forecasted the economy will enter a recession next year. 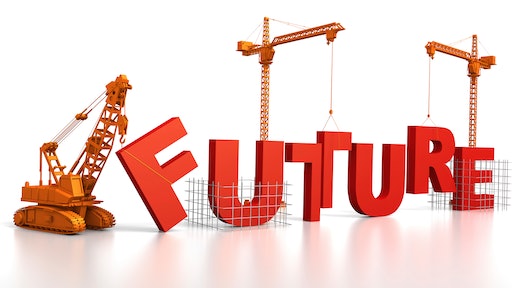 A strong majority, 74%, of U.S. business economists appear sufficiently concerned about the risks of some of President Donald Trump’s economic policies that they expect a recession in the U.S. by the end of 2021.

The economists surveyed by the National Association for Business Economics, in a report released Monday, mostly didn’t share Trump’s optimistic outlook for the economy, though they generally saw recession coming later than they did in a survey taken in February. Thirty-four percent of the economists surveyed said they believe a slowing economy will tip into recession in 2021. That’s up from 25% in the February survey.

Trump has dismissed concerns about a recession, offering an optimistic outlook for the economy after last week’s steep drop in the financial markets. He said Sunday, “I don’t think we’re having a recession. We’re doing tremendously well. Our consumers are rich. I gave a tremendous tax cut and they’re loaded up with money.”

Still, Trump on Monday called on the Federal Reserve to cut interest rates by at least a full percentage point “over a fairly short period of time,” saying that would make the U.S. economy even better and would quickly boost the flagging global economy.

The survey showed a steep decline in the percentage of economists who found the $1.5 trillion in tax cuts over the next decade “too stimulative” and likely to produce higher budget deficits that should be reduced, to 51% currently from 71% in August 2018.

Ken Simonson, chief economist for the Association of General Contractors of America (AGC) says the demand for projects, and the workers to build them, shows no sign of letting up in most states, and contractors continue to increase headcount when they can find qualified workers.

"But, job openings at the end of June were the highest ever for June, suggesting that contractors are struggling to find all the workers they need in many states," he says.

Having work to do, but no workers to do it is a concern for the future of the economy. AGC officials said that with overall unemployment rates at all-time lows in many states, there is a pressing need for Congress and the Trump administration to adequately fund career and technical education programs and enact immigration reforms. These measures would enable schools to more easily establish construction-focused programs. In addition, immigration reform is needed that would allow more people with construction skills to enter the country legally.

See the full report on the economy from the Associated Press.

[VIDEO] Why these are the most-read construction stories of the week, including each state DOT’s take from the COVID relief bill, three big prospects for 2021 construction, concrete company admits to antitrust, how calcium improves cold weather pours
Larry Stewart
Jan 15th, 2021

DroneDeploy survey finds demand for aerial laser scanning highest of all industries among contractors; more than half of construction users plan use drones for more than aerial maps
DroneDeploy
Jan 15th, 2021

Biden's two-step plan for rescue and recovery in our nation includes presenting his "Build Back Better" plan to Congress in February. The plan includes $2 trillion in spending over four years for infrastructure.
Jessica Lombardo
Jan 15th, 2021
Latest

Rather than New Year’s resolutions that add things to your already full plate, why not stop doing some things that are eating up your time and money?
Lonnie Fritz
Jan 14th, 2021
Business

Civil penalty amounts for OSHA violations are being increased based on cost-of-living adjustments for 2021.
Occupational Safety & Health Administration
Jan 13th, 2021

To determine whether or not to stop working if you are not getting paid there are many factors that need to be considered.
Alex Barthet
Jan 13th, 2021

A contractor’s guide to the most-effective ways to improve your Facebook ads
Jan 12th, 2021

The unique safety risks and regulatory challenges construction companies will face this winter due to COVID-19 and how technology can help mitigate the risks and ensure compliance.
Becky Schultz
Jan 11th, 2021
COVID-19

To keep workers productive on job sites, employers will need capacity to identify COVID-19 exposure and notify those at risk within 24 hours. Paper records of health screenings won't do the job.
Jan 11th, 2021

The warehouse sector has been one of the few areas of construction that has flourished during the pandemic thanks to increased demand for online shopping.
Dodge Data & Analytics
Jan 8th, 2021

Due to the ongoing pandemic, AED will hold its annual event May 24-26 in Las Vegas, while offering a virtual option to accommodate member needs.
Associated Equipment Distributors
Jan 8th, 2021

Four tips on how to sculpt your business into the masterpiece that you want it to be and achieve great personal satisfaction as a result
Bill Silverman
Jan 8th, 2021

Most-read construction stories of the week include construction details of the COVID relief bill, how key cement industry players are reducing the industry’s carbon footprint, how to move 50,000 cu yd per week down a 3:1 slope, and more
Larry Stewart
Jan 8th, 2021

Chao writes that she is ‘deeply troubled’ by the ‘entirely avoidable’ violence on Capitol Hill on Wednesday, as protest resignations from the Trump administration, and calls for Trump's removal, mount
Jan 7th, 2021

Most business fail because of a disruption in cash flow. Here are five tips to keep your cash flowing.
Nick Howell
Dec 30th, 2020

The owner, as head coach, has to strive to fill each position with the best players available who have the required experience, talent, attitude, and ability to win.
George Hedley
Jan 6th, 2021

The value of total U.S. construction put in place rose 0.9% on soaring residential spending even as the pandemic-softened economy continues the nonresidential construction slump
Larry Stewart
Jan 5th, 2021
Follow Us