How To Adapt Construction Contracts to Fit Modular Building

Contracts on modular jobs demand greater attention to deadlines for the deeper preconstruction workload, deciding if the factory is a contractor, subcontractor or supplier and assigning risk 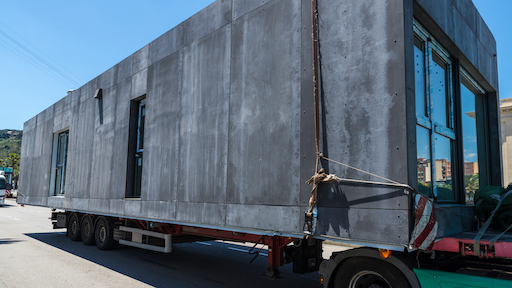 By Joshua Lorenz and Michael Kuhn

Those utilizing modular construction techniques occupy a unique position that doesn’t fit neatly within traditional building industry models. Without first adequately communicating responsibilities on the project and employing the proper contract language clearly defining those roles, a project owner, general contractor, subcontractor or supplier could be held responsible for complications that are not of their own making. At the very least, the project could be delayed, and legal costs may mount while fingers are pointed in multiple directions.

As modular construction continues to boom — a recent report pegged it as an $8 billion industry, doubling in size over five years — all parties must have a thorough understanding not only of how the process operates, but how it fits into the overall plan of construction. When drafting contracts involving modular construction, certain areas demand extra attention.

Perhaps the most notable benefit of modular construction is the boost the process delivers in speed and efficiency. When a foundation or pedestal can be built at the same time that modules — say, a set of apartments or offices — are being constructed, a project that regularly may have taken six months could be finished in half the time. At a time when manpower is at a premium in the construction industry, the savings in time and money can be substantial.

Conversely, with the modules being prefabricated, the process may lengthen the time for pre-construction work. Decisions on details like wall finishes or architectural specifics must be made ahead of time, whereas during a traditional build, these choices can come later while steel structures or frames are being built. This front-loaded process means that every party involved in the construction process must be in agreement once the contract documents are signed. There is little to no room for changes of any significance once fabrication begins.

Unlike traditional projects that advance step-by-step, the nature of modular construction means there is not a linear progression. Foundations and related infrastructure are built at the same time as the modules that will sit upon them. As such, multiple deadlines may hit at the same time. For example, the first modules in a project may be expected at the site just as the foundation is finished.

Incorporating these dates into a contract is not anything drastically different from what most construction professionals and their counsel are used to doing, but it may be made more complicated and, perhaps, even more critical. If a foundation is finished and there is nothing to place on it because of a delay at the plant where the modules are being built, the project comes to a standstill and the primary reason behind using modular construction is undermined. Thus, contracts must clearly set forth the delivery dates for site work, completed modules, building systems, etc., as well as who is responsible for the cost of any delays if these dates are not met.

Indeed, if speed is one of the biggest boons in using modular construction, coordinating the scope of work is one of the steepest challenges. Related to clearly articulating schedules, contract language must clearly lay out what parties are responsible for what tasks and when. Ongoing communication between and among the owner, general contractor, subcontractors and suppliers is crucial to achieving a successful project.

Most modular construction companies will fabricate and deliver the modules to the project site, leaving those who are already on-site to finish the work. This can be a complex process, requiring accuracy to secure the modules and make further connections, such as electrical wiring and plumbing. However, in some cases, the fabricators’ services may be contractually secured to assist with the on-site construction. Again, advance communication and agreement among all parties is key, and each party’s defined role(s) should be clearly set forth in the contract documents for the project.

Given that modular construction companies often are making products that also could be considered buildings, the line is blurred as to whether these firms are contractors, subcontractors or manufacturers. In some respects, they are all three, leading to confusion when it comes to project roles and responsibilities.

Those titles have specific definitions, both statutorily and within the construction industry, and how a person or entity is defined can be legally significant. Depending on what role(s) a company plays on a project, there may be contract implications for mechanics’ liens or specific warranty responsibilities. Take warranty claims, for example: There is a set of laws applicable to products and a completely different set of laws for buildings and structures. Is a fabricator producing a product or a building? Going deeper down the rabbit hole, at a certain point in the construction process, a module may be considered a product and later morph into part of the project itself. Who is responsible for what and when?

This problem truly presents itself in potential disputes. Modular construction doesn’t necessarily change how disputes are approached — most contracts will have a provision for dealing with how they are addressed, typically by arbitration or litigation — but once again, the nature of the process could present confusion regarding who bears responsibility for a certain scope of work. In a normal subcontract, for example, it usually is spelled out clearly that a subcontractor is not responsible for another subcontractor’s work (e.g., a plumber typically won’t be responsible for performing any electrical work). That delegation of duties may not be as clear when a complex, prefabricated module is being delivered, so contracts must clearly allocate what is required by each party to avoid potential disputes over the scope of work. Coordination of the work of multiple contractors, subcontractors, and suppliers also is vitally important. Accordingly, these responsibilities must be spelled out in the contract documents for each project participant.

Insurance and risk of loss

When using modular construction, parties and their counsel should pay extra attention to their insurance coverage. Some of the unique factors in the process — notably, off-site construction and transportation — demand additional consideration.

For instance, many projects will have builder’s risk insurance in place to cover potential damage at the site from fires, explosions, natural disasters and other types of destruction. In the event of an incident, the insurance company would pay to reperform the work. However, what happens when the project site isn’t traditionally defined? What if a project site is in Pennsylvania, but modules for that project are being built in Arizona? If there is a fire at the manufacturing facility, does the builder’s risk insurance cover the damage? Is it the manufacturer’s responsibility? If multiple policies of insurance are applicable, which is primary? These issues must be clearly understood and appropriately accounted for before any work begins.

Transportation brings similar concerns. If a set of modules is being transported via flatbed truck across the country, who bears the risk of loss prior to installation on the project? If the modules are stored off-site prior to incorporation, who bears the risk of loss then? Once again, these are issues that must be reviewed, agreed upon and addressed in the contract documents.

The contract and you

Normally, parties have a general understanding of who is supposed to be doing what and when. With modular construction, the traditional linear progression of a project and the roles that each construction industry professional plays become less clear. Some of those conventional ideas and notions may not fit neatly into the modular construction box and must be reexamined. So, as with most projects, your contract is going to be not only your guide, but at times your judge, jury and executioner.

The overarching goal when incorporating modular construction into a project is defining, memorializing and effectively communicating everyone’s duties, obligations and responsibilities from the beginning of the project through the end of any applicable warranty period — and potentially beyond. Like the process itself, it’s about making sure there’s a perfect fit.

Joshua Lorenz is an attorney at Pittsburgh-based law firm Meyer, Unkovic & Scott. Josh focuses his practice on construction and real estate law and litigation. He can be reached at jrl@muslaw.com.

Michael Kuhn is the president of Jendoco Construction Corporation, a general contractor based in Pittsburgh that is at the forefront of commercial modular construction. Michael can be reached at mkuhn@jendoco.com.

Reprinted with permission from The Legal Intelligencer, © 2020 ALM Media Properties, LLC. Further duplication without permission is prohibited. All rights reserved.