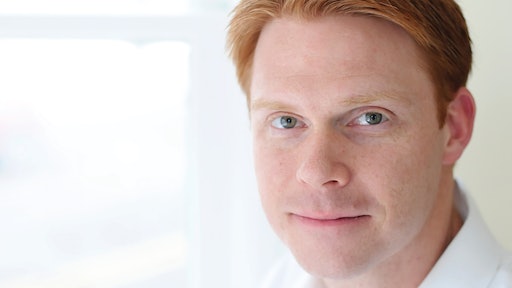 "THE GARBAGE IS VERY PRETTY."
Brian took four years of Spanish in high school. He got A's nearly every term. His proficiency in Spanish allowed him to test out of the subject heading into college.

This isn't surprising. After all, four years is a long time. Brian should have obtained some level of Spanish fluency after four years learning a language.

Ask him today if he knows any Spanish and he says Sí. "La basura es muy bonita…. That's about it." The garbage is very pretty.

Brian has a great sense of humor and he probably knows some other vocabulary beyond attractive garbage. But Brian lives in Arizona and works in the construction industry. He has leadership and managerial responsibilities.

Point of Fact: There are a lot of Hispanics in Arizona (29.6% according to the 2010 US Census) and much of the labor workforce in construction is Hispanic.

If there is anyone who would want to capitalize on his Spanish skills - it would be Brian, right?

Spanish is Another Tool in Your Toolbox

Well, maybe. When it comes to teaching English-speaking construction managers Spanish, there are two camps. On one side there is the Sí Crowd. These individuals see Spanish as a valuable skill to have on the job to improve communication. They believe knowing some Construction Spanish will help them save time and money - and eliminate some BS by getting things done right the first time.

On the other side there is the No Crowd. Responses from this group range from, "Why should I learn Spanish? They should learn English." to "When you are in America, you gotta speak American!" The beautiful thing about America is that neither side is wrong. There is no one right answer. Everyone gets an opinion. Everyone has a right to their worldview.

But when posed with this question, "If you woke up tomorrow and spoke fluent Spanish, would that be an asset or a liability?" I've never heard anyone say their new-found fluency would be anything but an asset. It would be another tool available to them to help solve problems on the jobsite.

So, Spanish would be helpful in construction. And thousands upon thousands of people are spending valuable time in classrooms learning the language. So... why does the Return on Investment (ROI) on Spanish classes stink so badly?

The ROI from Spanish classes stinks because the classes are not designed to deliver one thing immediately: Confidence.

Having studied Spanish for eight years in the classroom, I spent more time than I care to admit conjugating verbs I'd never use and learning arcane grammatical footnotes whose equivalents in the English language I'd never heard of.

Is there a better way?
And if so, why is it a secret?
Is it even possible to teach Spanish skills that immediately deliver confidence?

Yes, there is a better way.
It's not a secret. At least not anymore.
Yes, we can teach Spanish that delivers confidence.

The key is to focus on Spanish Twins.

What is a Spanish Twin? Spanish Twins are words that are the same - or nearly the same - in English and Spanish. They are twins. Spanish Twins scream from the rooftop, "If you are fluent in English, you already know a ton of Spanish!" You know what the words mean; you know how to spell them; you just need to tweak the pronunciation.

So yeah - there are a lot of them.

Mid-day Halloween I snapped a screenshot from CNN México's website (http://mexico.cnn.com) and began counting the number of Spanish Twins present.

How many do you think there were?

Thirty-four to be exact. Let's take a look - the Spanish is on the left, the English twin on the right:

All these Spanish Twins from one single screenshot. Look at the Spanish words on the left. Would any of these confuse a 12-year-old English speaker? I doubt it. They look nearly the same as their English counterparts.

There are thousands of Spanish Twins, and they deliver confidence immediately. Instead of feeling overwhelmed by irregular verbs (verbos iregulares… also Spanish Twins) at the outset, you are introduced to a new language by learning you already know a couple of thousand words.

Better yet, they include verbs, nouns and adjectives so you can start speaking Spanish sentences with only Spanish Twins!

Remember Brian and his pretty garbage take-away from four years in the classroom? What would Brian say now? Maybe this sentence, drawn completely from Spanish Twins:

This sentence would be far more useful on the jobsite than "The garbage is very pretty."

Bradley Hartmann is el presidente and founder of Red Angle - a Spanish language training firm focused exclusively on the construction industry. Hartmann is also the author of Spanish Twins available for purchase at www.blurb.com, Apple's iBookstore and AmazonKindle. He can be reached at bradley@redanglespanish.com and www.redanglespanish.com.

3 Tips for Managers with Hispanic Workers