How Investing in Marketing Can Help Your Business

Although the role of marketing has gained ground, its potential goes beyond the usual litany of "marketing activities" to include dealing with critical issues 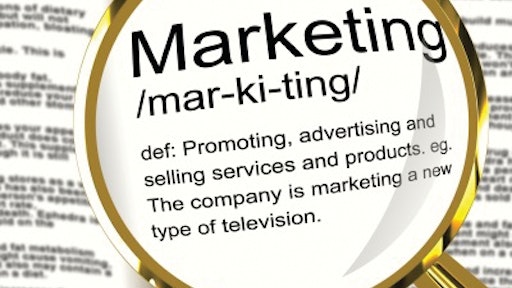 Marketing can help businesses deal with critical issues such as coping with negative public comments, developing a reservoir of good will, teaching customers how to help themselves, coaching management on ways to avoid unnecessary mistakes and assisting companies to see themselves more accurately.

The sales function is built into the DNA of every business. The story with marketing is quite different. It’s often viewed as a “side dish” to the sales “entree;” nice but not necessary, particularly when the economy is either very good or very bad. When things are humming, who needs it and when the economy tanks, “we can’t afford it.”

There’s something of an “inbred” ambivalence about marketing. Wanting it but not really trusting it. Even more to the point is a pervasive doubt that it’s worth the investment or that it doesn’t really make much of a difference.

It’s not surprising that marketing often finds itself on the defensive, never quite sure of its future.

Even so, the menu of the value of marketing today is lengthy. Here are eight potential marketing benefits:

This applies to every business – including yours – and here’s why. In the past, negative comments were mostly limited to word-of-mouth, with minimal spillover. Now that those same comments are viral, get prepared before you get hit.

Make it a continuing priority to encourage satisfied customers to share their thoughts about your business. Satisfied customers often remain silent so they need to know how important it is to have their support. Unsigned testimonials look contrived, so be sure they include names and cities or towns. Otherwise, don’t use them. Make it easy and convenient for customers to post comments.

Just when you think it will never happen, it will.

Create a reservoir of goodwill

It doesn’t appear on the company books, but you can take it to the bank. More often than not, its value is ignored, not taken seriously or dismissed as less than a “soft” asset. Whatever else it’s called, it’s goodwill.

Avon has banked enormous amounts of it with its long-time national sponsorship of the “Avon Walk for Breast Cancer Research.” Meanwhile, much maligned BP (British Petroleum), having learned a bitter lesson with the horrendous Gulf oil spill debacle, is attempting to capture as much as possible by spending millions of dollars on an ongoing series of “public service” TV ads describing the company’s role in the cleanup, what it’s doing to assure it won’t happen again and the role the hundreds of thousands of its employee play in the economy. This is a carefully crafted program that’s designed to change the public’s image of the company.

A far better approach is to pay forward so that there is an existing reservoir of goodwill available should trouble strike.

Ian Gordon of Convergence Management Consultants, offers an indispensable marketing insight. He contends that the incredible pace of change in technology, attitudes and products doesn’t give customers enough time to adjust, which causes continual stress, discomfort and frustration.

Why is this important? What difference does it make? He points out that whether we admit it or not, we need help to make successful adjustments. Otherwise, we avoid what makes us feel uncomfortable. Recognizing this, businesses that take the customer experience seriously help their customers to help themselves to avoid negative feelings that can lead to opting out.

Today, “intuitive” claims abound but few deliver on such a promise. The companies we do business with need to make sure they are providing the assistance that helps customers to help themselves.

Marketers worth their salt welcome a major marketing challenge, one that flies in the face of “going along to get along.” Caving in is easy, but maintaining one’s objectivity in face of pressures to the contrary takes strength, more than most possess. This is a task that often requires raising questions about proposed plans and programs, pointing out deficiencies and even saying something’s not appropriate and why. Such a role can have enormous value for creating discussion, thinking beyond the obvious and the emotional.

Would the history of retailer JC Penney be any different if its board had sought the views of marketing professionals and others before draining the company coffers of $170 million acquiring a new management team and one billion on making merchandising changes?

If a company doesn’t value its marketers’ independence, it should be prepared to make unnecessary and costly mistakes.

Have a clear picture of what you’re doing

In a recent Psychology Today article, Sam Gosling, Ph.D., a personality/social psychologist at the University of Texas, Austin, says there are some things about ourselves that we see quite clearly, such as judging our own self-esteem, optimism and pessimism. But when it comes to other things in which we’re heavily invested, such as intelligence, attractiveness, body language, we have a lot of blind spots.

And it’s the same for companies. They not only know what they do well but they can become overly enamored with their excellence. In other words, companies can fall in love with themselves.

There are countless businesses that fail to understand that such self-love is misplaced and dangerous, and is quite different from loving your customers, which is only possible when you stop looking in the mirror every morning.

Companies, like people, can become so preoccupied with themselves that they fail to see themselves as they are.

When you think about it, getting the most from your company’s marketing has less to do with ads, sponsorships, events, websites and press releases than it does with applying the analytical capabilities and insights of marketers to a company’s basic business issues.

John Graham of GrahamComm is a marketing and sales consultant and business writer. He publishes a free monthly eBulletin, “No Nonsense Marketing & Sales.” Contact him at johnrg31@me.com, 617-774-9759 or johnrgraham.com.

Tips to Build an Effective Marketing and Branding Campaign

The idea of debt gets many people nervous, but should it? While there are no crystal balls, successful business owners know how to leverage financing, which, believe it or not, is one of the key ways to grow your business.
August 10, 2020
Latest
Business Services

Choosing the lowest rate on equipment financing can sometimes be a mistake for small businesses. Let’s explore why.
Chris Fletcher
May 29, 2020

Customers want to know that the employee they are working with is confident and will be able to serve them in a professional manner.
Barry Himmel, Signature Worldwide
September 17, 2019
Follow Us