Follow-up efforts by construction sales people is extremely important, and mastering this part of the sales process could improve results drastically 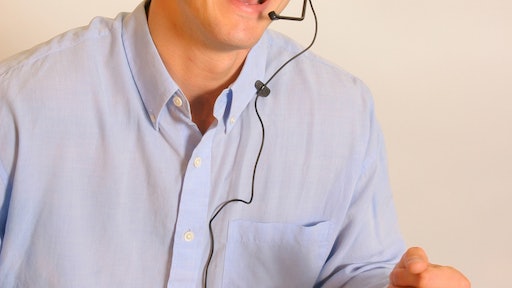 Your results will change dramatically if you do the sales follow-up. It will enhance your pocketbook and your reputation.

I have the hardest time listening to really smart people professing that they just don’t have time to follow-up.

It doesn’t matter what industry. It doesn’t matter the level of experience, age, sex or any other category; the majority of sales people admit that they under-perform in their follow up efforts. They also acknowledge the importance of this sales step and that their results would drastically improve if they would just master this part of the sales process.

I am not sure that a unanimous reason exists as to the why, but I have some evidence that it relates to rejection and a confidence issue.

Let’s examine this theory. It is fairly easy to follow up on leads. It is even mandated in most companies. It doesn't make a difference if they are company supplied or self-generated, it is very conspicuous when sales people ignore leads.

There is also less emotion in the beginning stages of the sales process. Rejection in the initial stages is typically less disappointing than after a significant amount of time commitment has been invested and a quote has been submitted.

Getting several "no’s" after the large investment of time in quoting projects can be flat out depressing.

This leaves sales people asking "why didn't I win" or even thinking the buyer was less than truthful in the process. The reality is that asking the right questions at each stage of the sales cycle would allow the sales person to calibrate where they rank in potentially closing the deal.

By the way this is the topic of a special private newsletter on How to Build a Confidence Report and Ask The Powerful Questions that Close Deals. By the way is free, just for the asking!

Another interesting revelation is the lack of accountability from the company side on mandating regular follow ups. Even with CRM’s and sales process automation less efforts are often required the closer you get to the finish line.

A quick story... I was working with a salesperson who was an eyelash from closing a deal which was in the mid six figures range and was worth substantial commissions. He was told he was the best quote and it was just a matter of the owners making a final decision.

Candidly his follow up was excellent. I have never seen better! He wrote persuasive emails and talked to every decision maker and influencers.

Then he almost lost it all! He was going to withdraw his quote. He admitted it was his ego. He was prepared to negate all the work up to that point and lose the sale because of his ego.

Let me clarify, his withdrawal of the proposal was not a high-pressure sales tactic. It was his ego! And let me tell you a little inside secret...he was more concerned about preserving his closing ratio.

If he withdrew the proposal rather than losing it did not have to go into the loss column. This sales person worked on high value deals and only needed to close three to four a year. He had a closing rate of over 75%.

So why am I telling you this story? Because he is the opposite of what most sales people do. He did the follow-up; however, he was prepared to quit! He had done all the follow-up and was within an inch of winning and almost quit. You may have guessed that I talked him off the ledge and he obtained the business.

The question to you the reader is why would you quit by not following up in the early stages of the selling cycle? Especially after you have expended all that time and energy to just have an opportunity to prevail.

Frankly it is absurd to not follow-up! It is the same of quitting!

How are you following up?

Traditional follow-up is with a phone call or email have become the most common follow-up mode. Believe it or not there are still deals done face to face.

The elaborate lunches and five-hour rounds of golf are less frequent today and are usually couched as charity or organization events.

If you truly are building relationships, then a fast lunch that exchanges both personal and business information and ideas is still coveted and valuable. Make this time convenient for the client. Offer to pick them up and drop them off back at their office, unless of course they are the type that doesn’t want to be seen out with vendors.

Try sending out 30 to 50 of your most recent quotes that you believe are still active. Create an email that is inquisitive and a call for action. Put a time limit that creates a sense of urgency. Most importantly, make them look individual and unique, not part of an email blast.

Take this one step further. Pick five to 10 quotes that you feel you are the preferred choice and Next-Day Air a printed copy of your quote with a professional letter on company stationery and include a hand-written note that tells the customer how much you want the order.

You are adding the personal touch and differentiating yourself from the competition. Don’t wait! Go do this now!

Your results will change dramatically if you do the follow-up. It will enhance your pocketbook and your reputation.

It is imperative that you track your results. If you have a company CRM, then you should embrace it and how it can assist your sales efforts. What most sales people don’t understand is that a CRM is not designed to micro manage you.

Conversely they are designed to make you more efficient with your time and organization. Understand where you need to laser focus on closing deals with the sales data the CRM provides.

I feel so strongly about this that if your company doesn’t provide one then you should invest your own time and money into one just for you. There are some really good ones that are free or close to it for a single user.

At the end of the day, I guess follow-up isn’t about being smart. It is about following the sales process steps, being disciplined and letting the buyer know your level of interest and NEVER GIVING UP!

If you have done your job well, then you will be a final contender. This is when you can close the deals!