Ty Gable to Lead NPCA Through 2019

The National Precast Concrete Association Board of Directors has extended President Ty Gable’s contract through 2019. 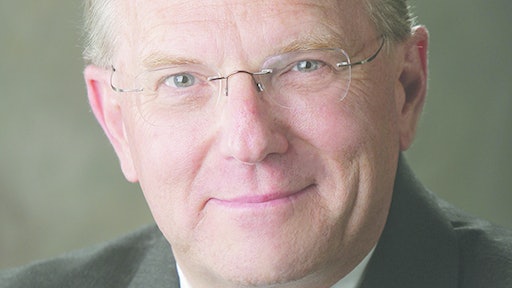 The National Precast Concrete Association Board of Directors has extended President Ty Gable’s contract through 2019. Gable, a certified association executive and a fellow with the American Society of Association Executives, has led NPCA for the last 20 years.

Since Gable joined NPCA in 1994, the association’s membership has more than doubled and its annual trade show has grown into the largest event for the manufactured concrete products industry in North America. NPCA’s plant certification program has evolved from a handful of plants to more than 370 facilities. NPCA certification is now recognized in 40 states and is accredited by the American National Standards Institute. Other NPCA innovations in recent years include the launch of Precast University with a curriculum for precast production workers that concludes with a Master Precaster designation, online education and a new industry marketing program.

Michael Tidwell, chairman of the NPCA Board of Directors, announced the contract renewal after the association’s Dec. 17, 2014 board meeting.

“Over the past 20 years, NPCA has emerged as a premier industry association under the leadership of Mr. Gable and we look forward to his continued involvement during the coming years,” Tidwell says. “We thank him for his prior contributions and anticipate that he will play a central role in NPCA’s continued growth and success.”

Gable said he is looking forward to the next five years. “This is an exciting time to be in the precast concrete industry,” he says. “Concrete is the best building material in the world, and the growing emphasis on modularity, sustainable construction and new technology aligns with many of the benefits of precast. This is a dynamic sector of the concrete industry and we are well-positioned for the future.”