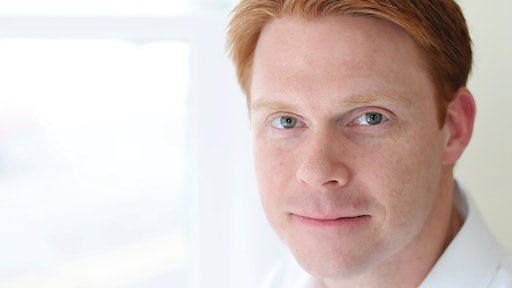 "Long ago, Charlie laid out his strongest ambition:'All I want to know is where I am going to die, so I'll never go there.'" - Warren Buffett, referring to his #2, Charlie Munger, Berkshire Hathaway 2009 Annual Report.

By all accounts, Charlie Munger is a pretty bright guy. His boss, Warren Buffett, is nicknamed the Oracle of Omaha. Buffett refers to Munger as "my partner." By all accounts, Oracles don't partner with knuckleheads.

Hispanic construction workers don't think like Charlie Munger. If they did, they wouldn't ever show up on your jobsite.

If you happen to be Hispanic and looking to die, a construction jobsite is a good place to start. Because for many Hispanics, the jobsite is a miniature Ciudad Juarez - one of the most dangerous places on earth. Going there may not result in certain death, but the odds of survival aren't that good.

But construction is a dangerous place for everyone - why are Hispanics any different? Well, compared to all other ethnicities, Hispanics are twice as likely to be injured or killed on the job.

Reason Número Uno:
The English-Spanish communication barrier. This is the root cause. The construction managers predominantly speak English and the Hispanic laborers speak Spanish.

Those weekly Toolbox Safety Talks conducted only in English? Unsurprisingly, these are not very effective for the Spanish-speakers on your job.

One owner has taken matters into his own hands. Bill Heuer, co-owner of The Countertop Factory in Addison, Illinois, has been studying Spanish to ensure clear communication among all his employees.

"We made the decision to meet our Spanish-speaking employees halfway, to learn Spanish so there was accountability on all sides. Especially with safety, we don't want to rely on someone else translating, hoping they conveyed the message accurately. To avoid confusion, we removed the middle man - the translator."

Reason Número Dos:
Hispanics often perform the most dangerous jobs. There are dozens of dangerous jobs in construction and Hispanics don't shy away from any of them.

Highway construction with cars whizzing by at 60 mph? Sí!
Roofing at noon on a steep roof during the Scottsdale summer? No problema!
Manhandling tons of #5 rebar all day? Excelente!

The Department of Labor has taken notice. US Secretary of Labor Hilda Solis had this to say, "Across the nation, one community of workers is maimed and killed in greater proportions than any other in America. Latino workers suffer and die on the job at a greater rate while doing the hardest, most unhealthy, most dangerous jobs."

Reason Número Tres:
The Hispanic culture. Culture plays a significant role in jobsite behavior. It's important to understand the Hispanic culture operates under a different set of values. On the jobsite, Hispanics don't have much interest in standing out among their peers.

We Euro-Americans, on the other hand, can be a mouthy bunch. This isn't an indictment by any means, it's our culture. If we don't like the way things are going, we speak up. After all, it's how the US of A was born.

"Hey you - English King…. Yeah you. What's this 'Taxation Without Representation' thing you got going on? Oh yeah? We don't like it and we're gonna do something about it…."

The Hispanic culture is different. They keep to themselves, even when they are doing dangerous activities. You won't find a rogue concrete finisher yelling at the PM, "Hey man, you know the probability of us getting skin cancer goes up by a factor of 12 by not wearing sunblock out here, right? What are you gonna do about it?"

Hispanics understand there is safety in numbers. If there is frustration on the job, they'll refrain from vocalizing the issues to the construction manager or anyone else filling the "authority figure" role. The squeaky wheel may get the grease, but sometimes the whole axle gets replaced instead.

Maintaining a safe jobsite - for everyone - not only makes good moral and ethical sense, it helps you be profitable.

Ah yes, the P-word.
The almighty dollar.
It plays a part here too.
It always does.

So what can you start doing today to make your job safer, more productive, and more profitable?

Let's chip away at the communication barrier. Let's start with a simple way to say, "How's it goin'?" en Español.

These could be the two most valuable syllables you've said in a long time.

Now when you're walking the job, look the Spanish-speaker in the eye and say it casually. More than likely they'll be stunned because you've been ignoring them for years.

Bill Heuer at The Countertop Factory noticed a change. "When I just started saying 'good morning' and 'How's it going?' in Spanish, the dynamics of our relationship changed. They knew I was making an effort and they appreciated it."

Taking steps to shrink the communication barrier - It's the smart thing to do. You don't have to be as smart as Charlie Munger - Warren Buffett's billionaire right hand man at Berkshire Hathaway. But it may help to start thinking like him, at least in respect to his view on death.