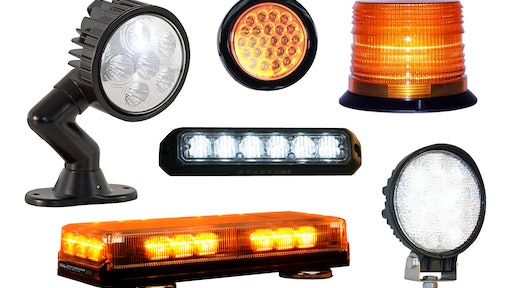 SideScanFlex is a four-sensor system fitted to the side of vehicle to detect objects in the nearside blind spot.
Brigade Electronics Inc.
March 24, 2020

The QVS warns pedestrians and other vehicles that a quiet vehicle, like an electric model, is approaching
Brigade Electronics Inc.
March 14, 2019

ZERO-BAND handlamps are zero-slip, zero-wear, waterproof LED headlamps that use a secure mounting mechanism to attach to hard hats
Nightstick
May 16, 2018

The LED Blade Light enhances the safety of workers and motorists on nighttime paving projects by eliminating dangerous glare and shadows
October 25, 2017

Able to fill an entire workspace with 360° of light for maximum coverage of task, area or overhead application
Milwaukee Tool Corp.
June 24, 2016

[VIDEO] Hear Testimonials on the Effectiveness of the Guardian Angel