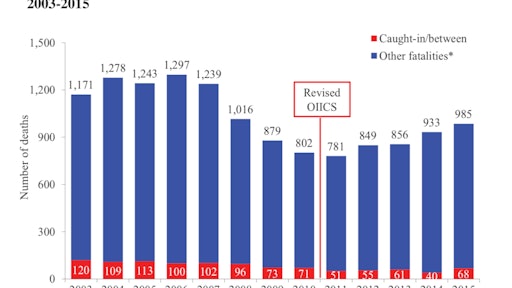 Center for Construction Research and Training

The construction industry recorded the most caught-in or caught-between worker deaths from 2011 to 2015 with a total of 275 worker deaths in the five-year period, according to a report from the Center for Construction Research and Training (CPWR). About 69% of those deaths were attributed to "being caught or crushed in collapsing materials". That is a 50% increase over the five-year period.

(more on the rise of caught-in and caught-between deaths in construction...)