Vote June 8 on amendments to a package of bills designed to invest in US competitiveness with China ensures support not just for semiconductor manufacturers, but workers that drive their productivity 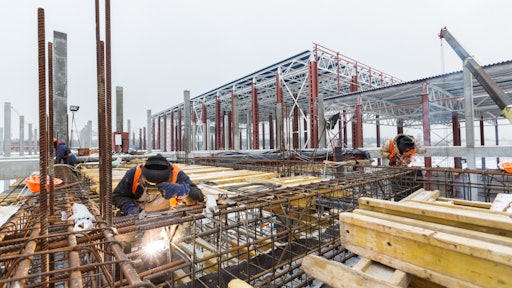 The Senate has been jockeying over procedure, watering down funding and inserting partisanship into a package of bills intended to marshal bipartisan support for improving U.S. business competitiveness with China for months. A pivotal vote on June 8 struck down an amendment to the U.S. Innovation and Competition Act intended to remove the bill’s prevailing wage, or Davis-Bacon, provisions.

In the first major floor vote on Davis Bacon in the U.S. Senate in over a decade, 58 senators voted to reject an amendment that would have stripped labor standards from the bill.

“As a union representing 128,000 workers in construction and manufacturing, we recognize that semiconductors are a critical link in the supply chain supporting many industries,” the association’s statement reads. “The labor standards, including Davis Bacon prevailing wage, that are attached to the bill would help ensure that the industry creates good, local construction jobs.

“We thank the members and leadership of the Democratic Caucus for their stalwart support of labor standards. We applaud Republican Senators Roy Blunt, Steve Daines, John Kennedy, Shelly Moore Capito, Lisa Murkowski, Rob Portman, Marco Rubio, and Dan Sullivan for their principled votes in favor of standards and in favor of workers. This expanded list of Republican Davis-Bacon supporters proves that bipartisan agreement is still possible on commonsense issues such as the quality jobs supported by prevailing wage.”

After voting to maintain the prevailing wage requirement in CHIPS Act funding, Senator Marco Rubio (R-FL), an original CHIPS cosponsor, said, “I have been making the case for years that America needs to make targeted, but robust investments in critical industries like semiconductors. The CHIPS Act was an important step in that direction because it will help build a strong, resilient semiconductor industry in America. That means we will not be nearly as reliant on foreign nations for these critical products. It also means we will begin to bring good jobs back to America.

“Good, dignified work is critical to the success of the country. As we invest tens of billions of dollars into critical industries through large, publicly traded companies, it is only right that we require that those funds also invest in the men and women who will build and maintain these cutting edge facilities,” Rubio continued. “Ensuring these Americans receive a prevailing wage for this work -- work that is critically important to the future of our nation -- is common sense.”

A June 8, 2021 story at TheVerge.com summarizes the path and the politics behind the Senate’s push to fund investment in invest in science, research and development, manufacturing, and innovation. A turning point came in May. The package appeared to be doomed as Republicans withheld their votes to end debate on the bill. Hours after the initial cloture vote was called, Senate Majority Leader Chuck Schumer (D-NY) reached an agreement with Republicans to hold votes on parts of the bill they were contesting. Specifically, Republicans were concerned about the prevailing wage language in the semiconductor bill.

The package now goes to the House of Representatives.

Construction Industry Experts Discuss How to Solve the Workforce Shortage

What is the construction industry doing to solve a workforce shortage?
Kimberly Hegeman
May 31st, 2021

Iron Workers, representing 130,000 ironworkers in North America, is accredited by the National Commission for Certifying Agencies for its Rigger and Signal Person Qualification — setting the standard for safety.
Iron Workers
May 26th, 2021

Workforce Management Takes Guessing Out of the Construction Labor Equation

Empower construction teams to build a sustainable, flexible approach to labor with a cloud-based workforce management platform.
LaborChart
May 24th, 2021

Jacqueline Pruitt tells how she proved herself in the strenuous rebar installation trade and positioned herself to found Marvella Steel Placers, plus provides insights on how other women might forge their own career path in construction.
May 17th, 2021

Callie Nottingham, McCarthy Building Companies, shares her journey into construction, as well as the components of the McCarthy Partnership for Women, a program designed to help grow women’s opportunities in the industry.
Becky Schultz
May 3rd, 2021

Despite a decline of 44,000 construction, mining and logging and manufacturing jobs in February 2021, the sectors have shown ongoing gains over a six-month period.
Becky Schultz
Apr 20th, 2021

Three female team members from Sunbelt Rentals discuss their roles and career paths within the company, as well as how to encourage other women to consider career opportunities in construction.
Becky Schultz
Apr 19th, 2021

Understanding and addressing the barriers to successful project completion can help you get them done profitably.
Garry Bartecki
Apr 14th, 2021

The training program provides access to information to help ensure dealers and contractors are able to use and service Vacuworx equipment correctly and safely.
Vacuworx
Apr 16th, 2021

Employers should remain cautious as employees return to workplaces as there might be new risks and employment litigation on the horizon.
Dormie Roberts
Apr 15th, 2021

Lea Stendahl shares her path into the industry and the opportunities she sees for other women in construction. She also highlights Suffolk's "Rebuild the Ratio" campaign to not only get more women into the company but more girls into STEM careers.
Becky Schultz
Apr 12th, 2021