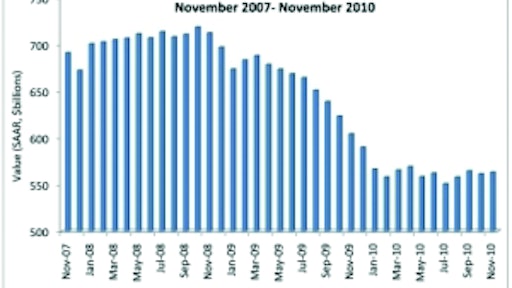 “The expectation is that at some point in 2011, this set of circumstances will begin to shift as the broader economic recovery takes hold and federal stimulus-financed activities wind down toward a close,” Basu said. “The U.S. economy is expected to expand 3% or more this year, which should elevate the fortunes of a number of privately financed construction segments, though certain overbuilt segments such as hotel and office may take considerably longer to begin to recover.”