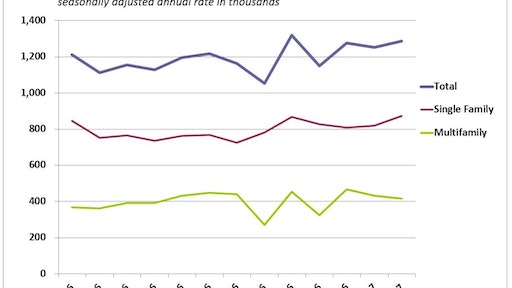 February U.S. housing starts rose 3.0% to a 1.288-million-unit seasonally adjusted annual rate, according to data from the Census Bureau and HUD, with all of the increase coming in single-family starts. Single-family starts jumped 6.5% to an 872,000 unit annual pace. The greater-than expected increase is likely due to milder weather across much of the country in February.

Strength in single-family starts comes on the heels of yesterday’s blowout NAHB/Wells Fargo Housing Market Index report, which jumped 6 points in March to 71, hitting its highest level since June 2005. The rise in builder confidence was driven by sizeable gains in sales and prospective-buyer traffic. 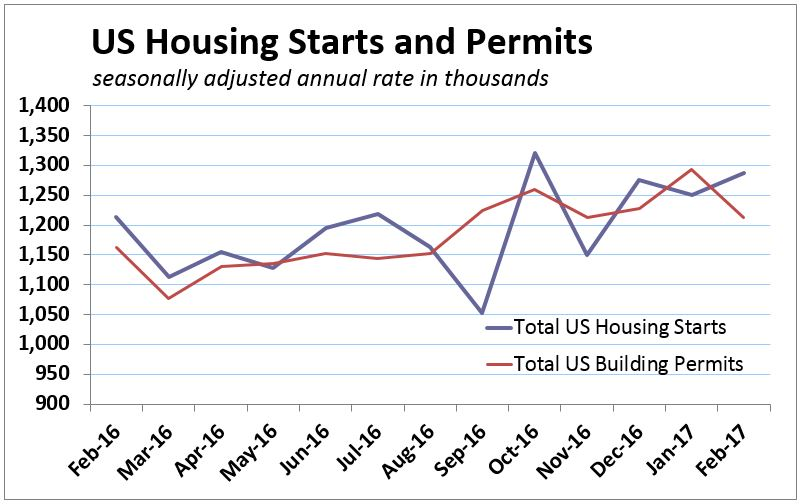 Multifamily construction seems to be cooling. Vacancy rates have edged up across the country as a slew of projects have been completed over the past few months. With rent increases slowing and capital becoming dearer, starts of projects with five units or more, which are mostly apartments, are expected to fall modestly this year.

Multifamily starts fell 3.7% in February to a 416,000-unit annual pace, following a 7.3% drop in January. Those declines, however, come on the heels of a massive 44.3% starts leap in December.

The year’s strong start will make it more difficult for housing starts to climb significantly higher this spring. Single-family permits have averaged an 823,000-unit pace over the past three months, which is slightly below the 832,000-unit pace for starts. Permits tend to be less impacted by the weather, which suggest that housing should hold onto much of its recent gains. Monthly data, however, may throw a few head fakes as starts are unlikely to post typically large spring gains because they didn’t fall off as much as they normally do in winter.

Wells Fargo Economics Group raised its monthly forecast for housing starts to 1.25 million units for 2017 and expects 1.33 million starts in 2018.