The bill would allow private-sector employees to exchange overtime pay for "compensatory time" off, electing to accrue extra hours off rather than extra pay in their wallets. 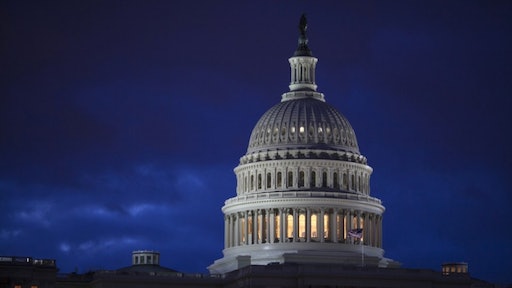 On Tuesday afternoon, the House voted to pass a bill that Republicans have promoted since the Newt Gingrich era, one that would allow private-sector employees to exchange overtime pay for "compensatory time" off, electing to accrue extra hours off rather than extra pay in their wallets. The bill passed 229 to 197, largely along party lines.

The bill -- which supporters say would add flexibility to hourly workers' schedules while opponents worry that it wouldn't do enough to protect employees -- is not a new idea. It seeks to take a similar provision that has been available to government workers since 1985 and extend it to private-sector employees, making it legal for them to choose between an hour and a half of paid comp time and time-and-a-half pay when they work additional hours.

Similar bills have been introduced multiple times over the past two decades, passing the House three timesbefore failing in the Senate. Although its fate is unclear in the Senate this year, the White House said Tuesday that it supports the bill, saying in a statement that it would "help American workers balance the competing demands of family and work by giving them flexibility to earn paid time off."

Under the proposed changes, eligible employees -- if their employer decides to offer the option -- would be able to voluntarily choose to receive comp time they can bank and use at a future date in lieu of immediate overtime pay in their paychecks. If they change their minds and want the pay after all, employees would have the option of "cashing out," with the employer required to pay the overtime within 30 days.

View more on the bill.

Are You Ready for New Overtime Rules?

New Overtime Rule Could Pass in May