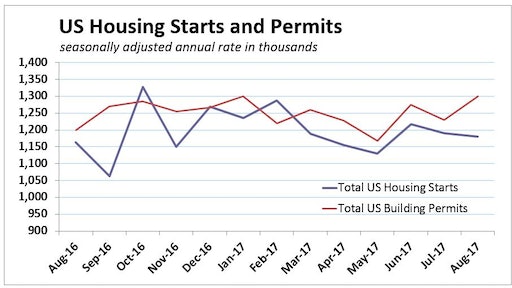 Overall U.S. housing starts fell 0.8 percent in August, with the entire decline coming in multifamily units, which fell 6.5 percent. Most of that drop was in apartments, which have seen a great deal of supply come on the market in many parts of the country. Single family starts rose 1.6 percent to an 851,000-unit seasonally adjusted annual rate, according to monthly data released by the U.S. Census Bureau and HUD.

Wells Fargo Economics Group says August starts “were likely only minimally impacted by Hurricane Harvey. The storm hit in the last week of August and may have cut into starts in Houston, which has long been the number one market for single-family starts and also one of the top markets for apartment construction.”

The monthly housing starts and permit-issuance data are reported on a seasonally adjusted annualized basis, meaning the monthly figures reflect how many homes would be built in a year if that month’s pace was maintained for the entire year. Single-family starts averaged an 849,000-unit annual rate over the past three months, which is close to the pace averaged this year.

“These data are consistent with recent trends in the NAHB/Wells Fargo measure of single-family builder confidence and NAHB’s forecast of modest single-family construction growth in 2017,” writes Robert Dietz, chief economist for the National Association of Home Builders. “However, we can expect volatility ahead, as the counties affected by Hurricanes Harvey and Irma represent about 14% of national single-family production.

“Hurricanes Harvey and Irma will also likely slow starts in coming months, as resources are redirected toward repairs and rebuilding efforts. Texas and Florida account for about 25 percent of the nation’s single-family starts, so new-home production lost there is likely to weigh heavily on the national data.”

Wells Fargo points out that multi-family starts may be primed for some a bounce. Multi-family permits jumped 19.7 percent in August, to a 500,000-unit annual pace. Permits had averaged a 461,000-unit pace over the past three months – a whopping 32.8 percent ahead of multi-family starts. 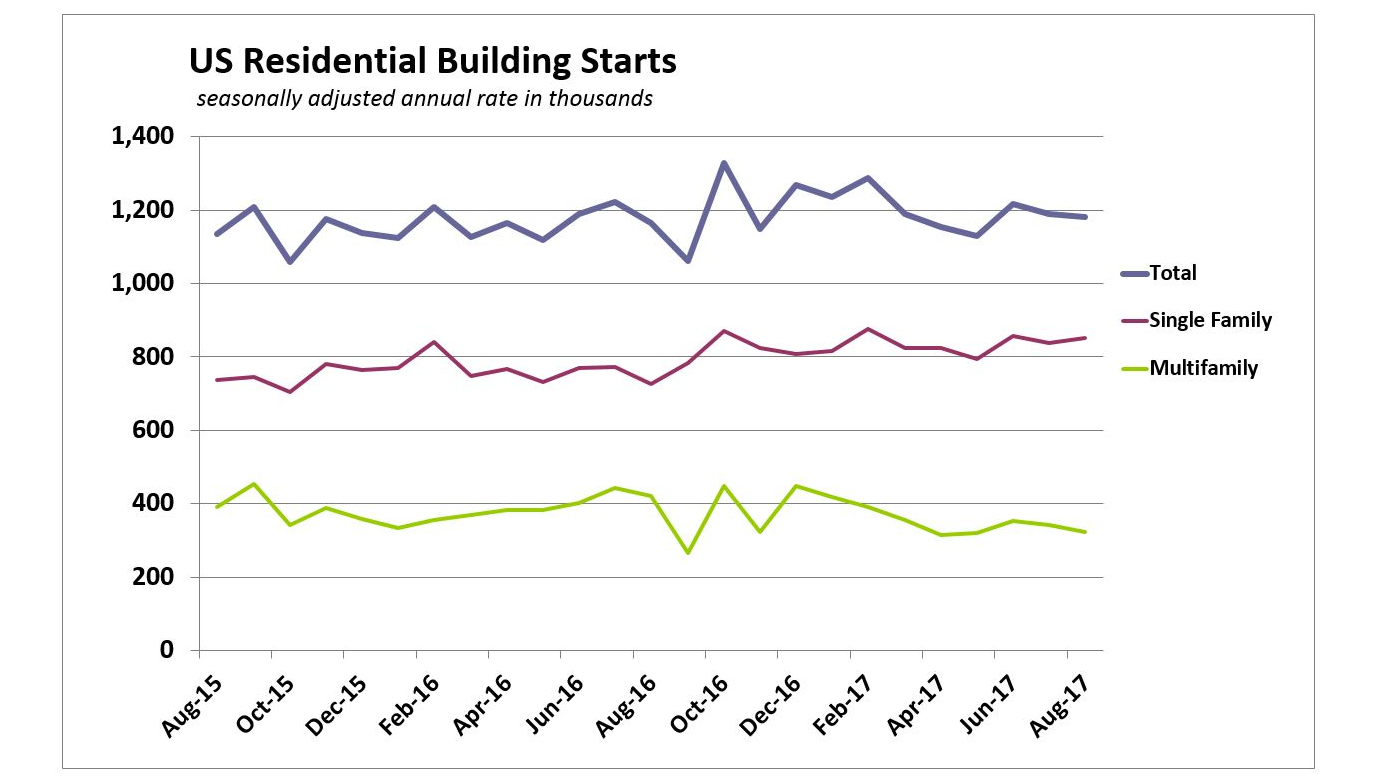