Deregulator and global-warming skeptic who repeatedly sued the EPA before leading it, Pruitt couldn’t shake 13 federal investigations and cozy relationship with energy industry 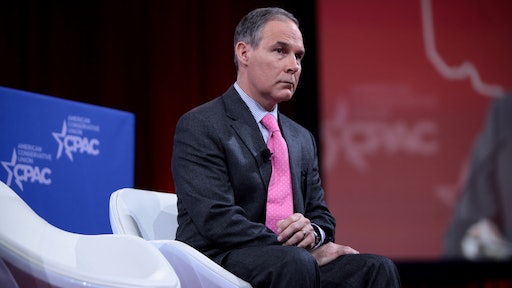 Mr. Trump announced the resignation in a tweet on Thursday in which he thanked Mr. Pruitt for an “outstanding job” and said the agency’s deputy, Andrew Wheeler, a former coal lobbyist, would take over as the acting administrator on Monday. In his resignation letter, Mr. Pruitt cited “unrelenting attacks on me personally” as one of the reasons for his departure, an apparent reference to the numerous investigations into his stewardship of the agency.

Mr. Pruitt had been hailed as a hero among conservatives for his zealous deregulation, but he could not overcome a spate of ethics questions about his alleged spending abuses, first-class travel and cozy relationships with lobbyists. Earlier on Thursday, The New York Times reported on new questions about whether aides to Mr. Pruitt had deleted sensitive information about his meetings from his public schedule, potentially in violation of the law.