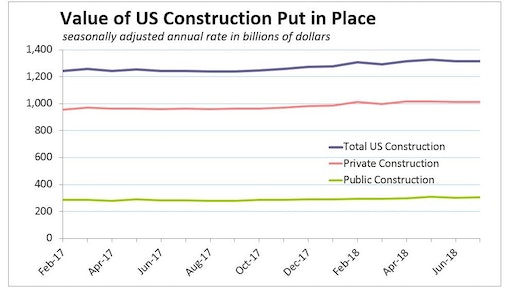 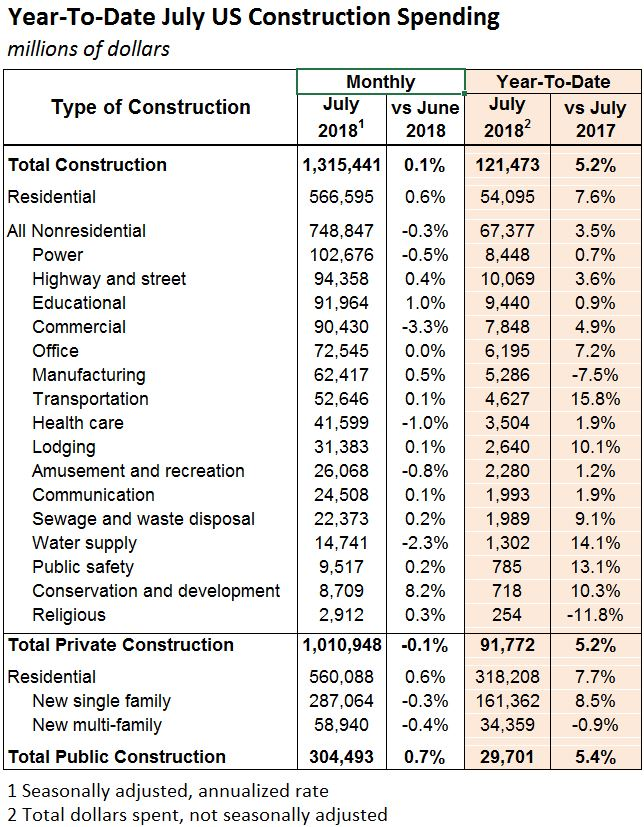 Year-to-date totals show solid growth compared to 2017, lead by a 7.6% increase in residential spending, 3.6% growth in highway and street spending and 4.9% more commercial building.“Higher labor and material costs continue to be a headwind, causing projects to be delayed as they no longer pencil out,” according to Wells Fargo analysis of July construction spending estimates. “We expect prices to ease in coming months and overall construction spending to be stronger in the second half of the year.”

Total residential spending increased 0.6% in July, however nearly all of the gain occurred in home improvement outlays, which rose 2.1%. Single and multifamily expenditures declined 0.3% and 0.4%, respectively.

In contrast to the volatile monthly spending data, year-to-date totals show solid growth compared to 2017, lead by a 7.6% increase in the vast residential spending category, 3.6% growth in total highway and street spending and 4.9% more commercial building. Office construction is up 7.2% and building in the transportation sector has leapt 15.8% for the year.