Falling housing affordability delivers a surprise slip in total value of construction put in place, as nonresidential struggles to a 0.1% spending rise 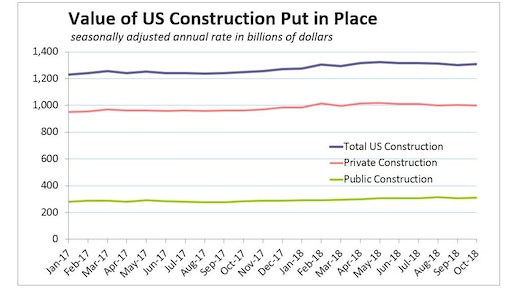 Private (+3.6%) and public (+7.6%) nonresidential spending have been strong year-to-date, but just managed a 0.1% increase in October over declines in three of the four largest nonresidential categories on the public and private sectors.
Data: U.S. Department of Commerce

The total value of U.S. construction put in place surprised economists with a 0.1% slip during October. Reuters had calculated a consensus October forecast based on economists polled that expected construction spending to rise 0.4%. It was the third consecutive month of declining construction-spending estimates. 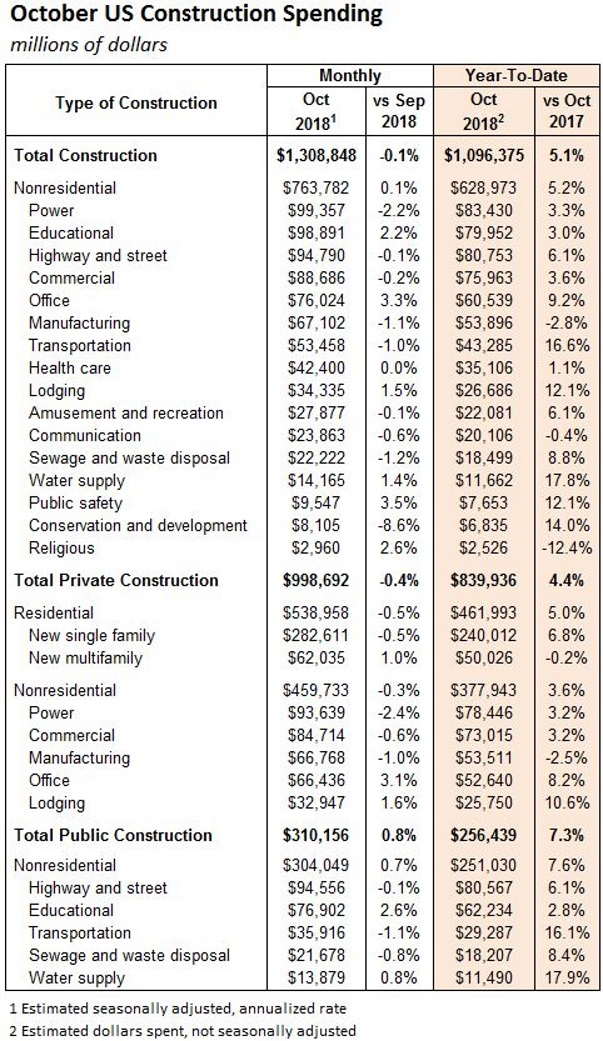 Spending on single-family residential construction fell 0.5% during the month, and has declined in each of the last four months. The effects of recent hurricanes were not readily apparent in October, as home improvement spending fell 0.9%.

U.S. residential construction spending year-to-date is 4.9% above the same period in 2017. But October residential spending is 0.6% below the January 2018 level, and 4.4% below April’s 2018 peak. Reuters calls residential investment “one of the risks to the economic expansion that is in its ninth year, the second longest on record.”

Nonresidential outlays are up 5.2% year-to-date compared to 2017. Private (+3.6%) and public (+7.6%) nonresidential spending have been strong year-to-date, but three of the four largest private nonresidential categories (power, commercial and manufacturing) dropped substantially in October. Private office and lodging construction showed strength.

Total U.S. construction spending year-to-date is 5.1% above the first ten months of 2017. 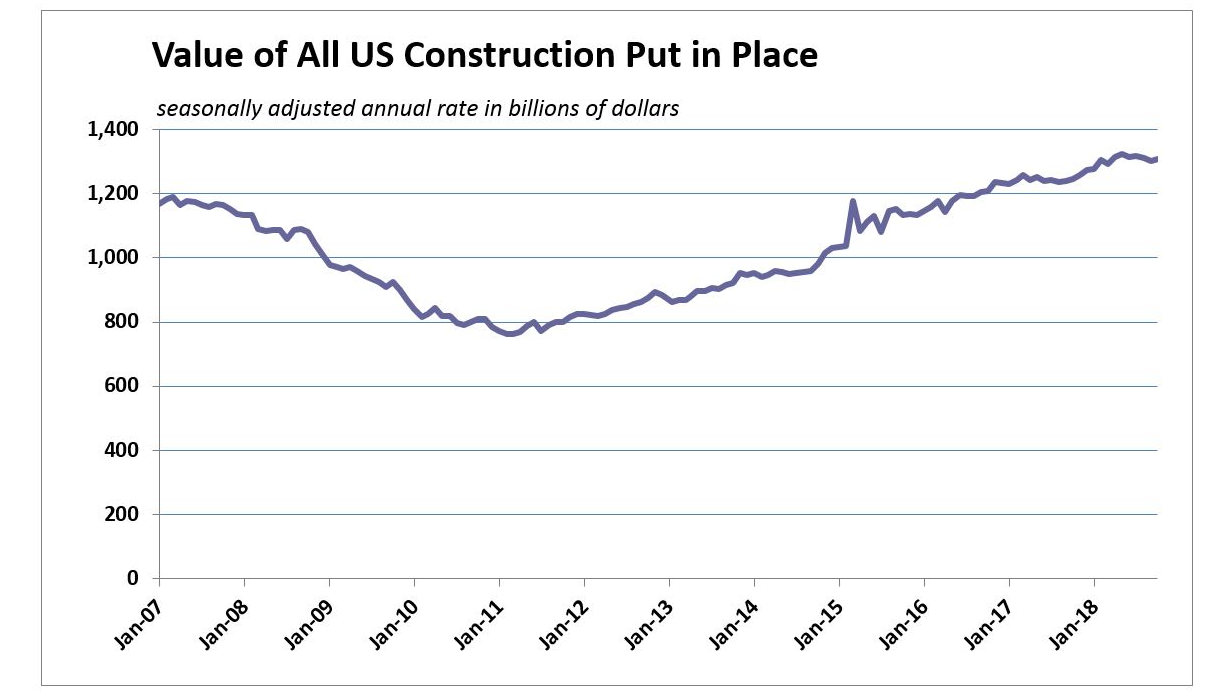 ABC: 2019 Will Be Another Strong Year for Construction Industry

October Nonresidential US Construction Spending Up 7% Compared to 2017