UPDATED April 6 -- The President clearly desires the $2 trillion infrastructure spending bill promised in his campaign platform and Mnuchin is negotiating details with Speaker Pelosi, but Mitch McConnell is already hitting the brakes 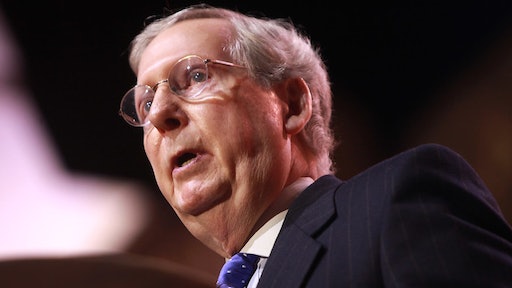 President Trump and House Speaker Nancy Pelosi (D-CA) share ambitions for a large infrastructure spending bill, but the effort faces a clash with Senate Majority Leader Mitch McConnell (R-KY) and other Senate Republicans, according to TheHill.com.

The president has signaled his clear desire for a $2 trillion infrastructure spending bill, something he promised during his 2016 campaign. And Treasury Secretary Steven Mnuchin told CNBC Wednesday that he is in discussions with House Democrats on putting together an ambitious package, only days after Trump signed into law a $2 trillion economic relief bill.

McConnell has criticized Pelosi for proposing a big infrastructure package, saying she wants “to practice what [former Obama White House chief of staff] Rahm Emanuel famously said after the financial crisis in 2008: ‘Never let a crisis go to waste.’

“In other words, seize upon crisis to try to make systemic or policy changes you couldn't otherwise pass,” McConnell told “The Guy Benson Show” on Tuesday.

Brian Darling, a Republican strategist and former Senate aide, said GOP senators are wise to wait before embracing any major infrastructure spending deal that might emerge from negotiations between Pelosi and Mnuchin.

House Speaker Nancy Pelosi said Friday (April 3) that Democrats could put on hold a host of their infrastructure priorities and instead advance a new stimulus measure that mirrors the historic $2.2 trillion stimulus package already in place, according to reporting by CNN.com.

Congressional Republicans have resisted moving forward with Democratic proposals for a fourth coronavirus package, but the White House is now signaling it could be open to supporting a targeted bill that would extend the emergency provisions enacted in the third response measure.

"We've had three bills that have been bipartisan. I think right now we need a fourth bipartisan bill. And I think the bill could be very much like the bill we just passed," Pelosi said during an interview on CNBC. She specified that she would want to see more money for state and local governments, small businesses, more direct payments to individuals, and extensions of some of the other provisions in the recently-enacted $2.2 trillion stimulus bill.