Despite a decline of 44,000 construction, mining and logging and manufacturing jobs in February 2021, the sectors have shown ongoing gains over a six-month period. 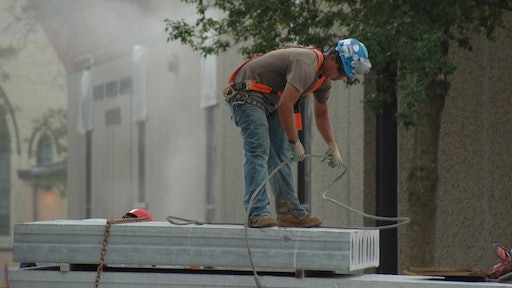 U.S. blue collar jobs experienced a dip in February 2021, falling slightly from the previous month, according to the Center for Economic and Policy Research’s (CEPR) Blue Collar Jobs Report. On a national basis, the construction, mining and logging and manufacturing sectors lost 44,000 jobs for the month, a 0.22% decline from January’s level.

According to Matt Sedlar, CEPR data analyst, even with January’s decrease, the three-month average (December to February) rose by 10,330 jobs each month, or a 0.05% month-to-month change. The previous three months (September to November) had an average increase of 88,670 jobs, or a 0.45% change.

While the jobs recovery is uneven depending on region, the upward overall trend shows promising signs for two of the three sectors covered.

The West was the only region to experience an overall increase, with a total of 3,800 jobs added (+.2%). According to Sedlar, Utah led the West with the addition of 3,000 jobs, a 2.54% increase over January. New York state had the largest net decrease among states, with 15,600 jobs lost, or a 4.08% decrease month to month.

Sedlar attributes much of the overall decline to seasonal factors. “It is highly likely construction losses in February… were an outlier, as winter weather often slows down projects that are ongoing as well as the start of new projects,” he noted.

Mining and logging jobs fell by 6,000 in February (-1.01%), continuing a long-term slump in job growth. Mining experienced a net decrease of 5,700 jobs from January to February and logging saw a loss of 100 jobs.

As the slump in these combined sectors continues, Texas proved a bright spot, with a net increase of 1,900 jobs added for the month. West Virginia led the states in the largest net decrease, with 500 jobs lost.

Manufacturing employment grew by 18,000 jobs in February, a .15% change for the month. The three-month average from December to February was 11,670 jobs, or a 0.10% month-to-month change, Sedlar reports.

“This report confirms manufacturing losses in January were likely a blip and that a slow recovery from major losses early in the pandemic is resuming,” explained Sedlar.

Information provided by Center for Economic and Policy Research and edited by Becky Schultz.