Despite job growth in October, the construction, manufacturing and mining and logging sectors could see tougher times ahead. 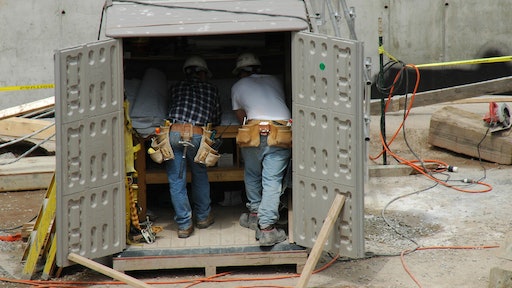 Jobs in the blue collar sectors of construction, manufacturing and mining and logging increased by 107,000 or 0.53%, in October, but this job growth “might be the best update we have for a while,” stated Matt Sedlar, Center for Economic and Policy Research (CEPR) data analyst, in the latest Blue Collar Jobs Tracker. Blue Collar Jobs Tracker is a project of the CEPR created to take a closer look at the path of job growth in four major blue collar industries: manufacturing, mining, construction, and logging.

Overall, construction jobs increased by 72,000 in October, or 0.99% over the previous month, the largest increase since June. “The three-month average between July and September was 35,000 jobs, or a 0.41% month-to-month change,” Sedlar reported, adding, “Even with the latest increase, jobs remain 306,000 below the pre-pandemic February peak.”

By region, the West saw the majority of growth in construction jobs with a net increase of 45,900, or 2.43% over the previous month. Net growth was led by California, Oregon and Washington. The South also saw a large increase of 31,900 jobs, or 1.12% over September, with Texas, Louisiana and Alabama seeing net increases. Residential housing is driving construction job growth in both region, Sedlar noted.

Manufacturing jobs increased by 33,000 nationwide in October, or 0.27% over September. The three-month average from August to October was 41,000 jobs, or a 0.34% month-to-month change. “The pace of growth in the sector has been slow, as it remains 626,000 jobs below the pre-pandemic February peak,” Sedlar pointed out. The South showed the largest increase by region with a net increase of 22,900 jobs.

Despite the gains, Sedlar is pessimistic. “This is a decent report for construction, but spoiler alert, we already know that things don’t get better in November,” he indicated. “Public health officials have been warning all year that if we didn’t take steps to reign in community spread, the U.S. would have a long, hard winter ahead of it. We’re well past that point.”

Information provided by the Center for Economic and Policy Research and substantially edited and enhanced by Becky Schultz.

New series of payment letters will make clear what’s owed, and OSHA will put businesses that fail to pay citations on a priority list for further inspection
Larry Stewart
January 18, 2021
Follow Us