Employment in construction, manufacturing and mining and logging increased in August but is nowhere close to recovering deep losses from the pandemic's onset. 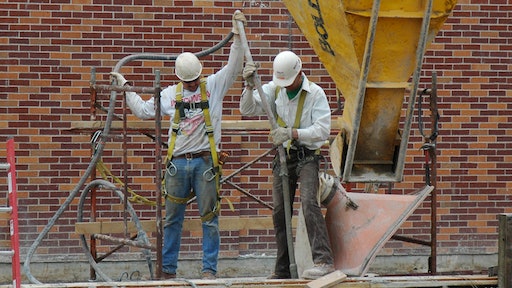 Employment in the blue collar sectors of construction, manufacturing, and mining and logging increased in August by 45,000, or 0.23% over the previous month. But we are, “nowhere close to making up” the deep job losses of April, said Matt Sedlar, data analyst for the Center for Economic and Policy Research (CEPR), in the latest Blue Collar Jobs Tracker.

Construction jobs increased by 17,000 or 0.24% over the previous month, Sedlar reports. The three-month average from June to August was 69,000 jobs, or on average a 0.98% change from month to month.

“It’s worth reminding that the sector lost over a million jobs just in April. We’re nowhere close to making up that gap,” he commented. “Last month, we noted that construction job growth was concentrated in some parts of the US, particularly the Northeast. In August, that shifted to the West, which saw an increase in 13,500 jobs or 0.72% over the previous month. The Northeast gained 8,800 jobs, or 0.86% over the previous month, followed by the Midwest with 4,500 (+0.33%), and the South with 2,000 (+0.07%). "

"There is a statistically significant difference in the average growth of manufacturing jobs by region, suggesting that the biggest month-to-month growth may be concentrated in one part of the US. But more data points are necessary to determine if that's the case," said Sedlar.

This table offers a deeper look into the states with the highest net changes in manufacturing jobs in August. 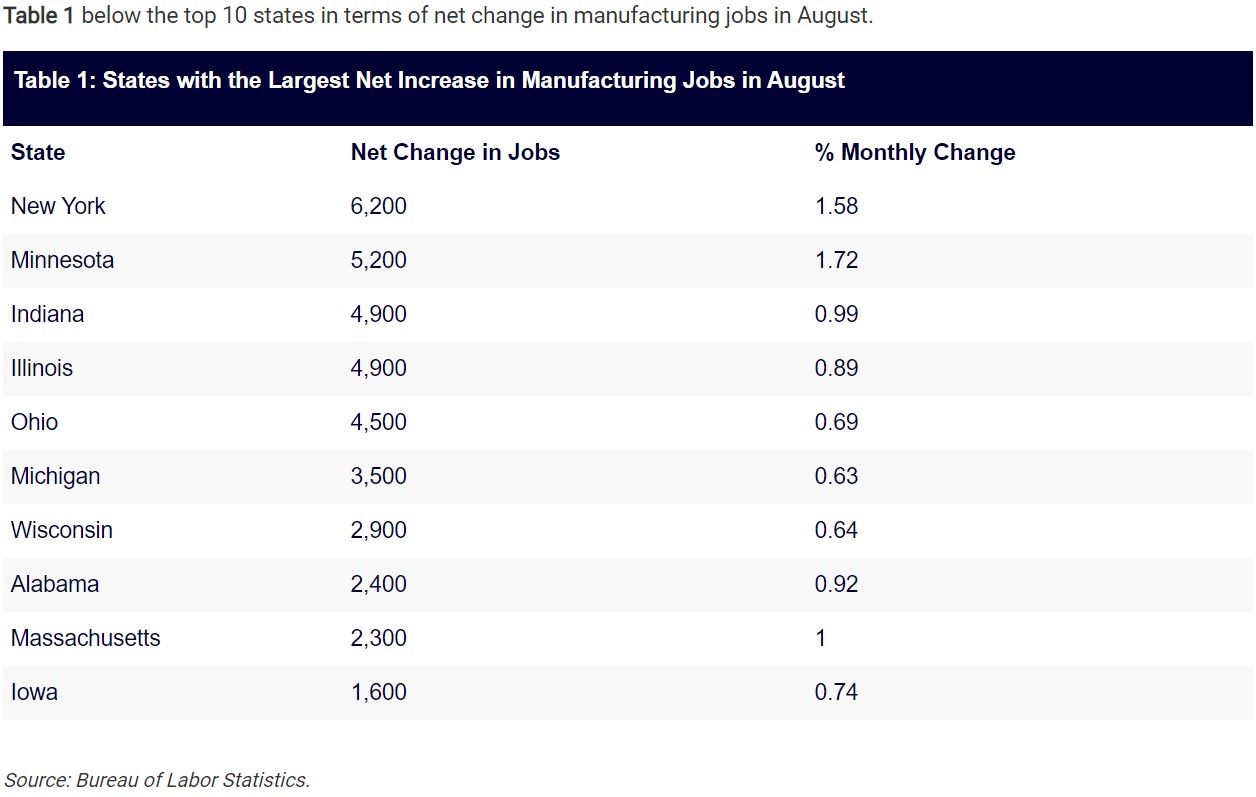 Center for Economic and Policy ResearchThe report shows that mining and logging jobs decreased in August by 8,000 or -1.29% over the previous month. The three-month average from June to August was -7,000 jobs or a -1.12% month-to-month change. Employment in mining and logging has decreased by 119,000 jobs over the last 12 months (-16.28% over the previous 12 months), and by 43,000 jobs since President Trump took office.

“This report is similar to the last couple of reports in the sense that there is growth but it is slow and uneven,” Sedlar noted. “Blue collar sectors such as manufacturing and mining and logging were already in trouble even before the pandemic started. It’s hard to imagine the situation improving any time soon for these workers and industries.”

Blue Collar Jobs Tracker is a project of the Center for Economic and Policy Research (CEPR) created to take a closer look at the path of job growth in four major blue collar industries: manufacturing, mining, construction, and logging.

Information provided by the Center for Economic and Policy Research and edited for content and clarity by Becky Schultz.