Employment in construction, manufacturing, and mining and logging increased by 3.58% for the month, largely reversing declines seen in April 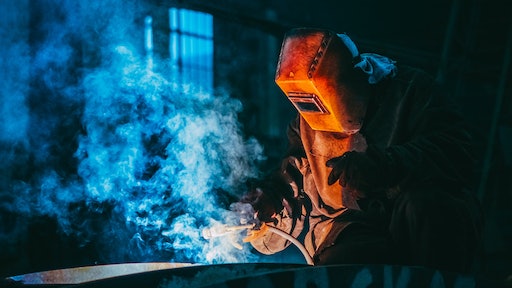 May employment in construction, manufacturing, and mining and logging increased by 669,000 or 3.58%, largely reversing declines seen in April, according to Matt Sedlar, data analyst for the Center for Economic and Policy Research (CEPR).

Yet, there continue to be downside risks. “With states right now focusing on reopening amid the ongoing pandemic, it’s not hard to imagine another downturn because businesses may not have a healthy workforce to keep operating,” writes Sedlar in a new analysis of the Blue Collar Jobs Tracker.

Blue Collar Jobs Tracker is a project of the Center for Economic and Policy Research (CEPR), created to take a closer look at the path of job growth in four major blue collar industries: manufacturing, mining, construction, and logging.

In the May analysis, Pennsylvania saw the largest jobs recovery with an increase of 77,400 construction jobs, a 48.86% increase over the previous month. The state is still 30,400 jobs below its pre-pandemic peak in February 2020.

“Only a handful of states saw a drop in the construction sector, and the losses are so small that they could be revised to a gain in the next month,” Sedlar notes. North Carolina experienced the biggest net job loss in May with a dip of 400 jobs, a 0.18% decline from the previous month, followed by Iowa and North Dakota with net losses of 300 (-0.43%) and 200, (-0.72%), respectively.

Construction Employment Points to Positive Signs with May Increase

The National Association of Manufacturers’ (NAM) Outlook Survey released at the end of May showed just 33.9% of manufacturers responding have a very or somewhat positive outlook for their firm. According to NAM, this is the lowest this response has dipped since the first quarter of 2009.

The mining sector has been on a downward trajectory since 2019, so it’s not surprising the sector is not experience a jobs recovery. Texas experienced the largest loss in mining and logging jobs, with a net decrease of 14,600 jobs, a 6.85% drop from the previous month.