Construction Employment Points to Positive Signs with May Increase

May represented the largest monthly increase in construction jobs since 1939, and a drastic improvement from April's largest month-over-month job loss. 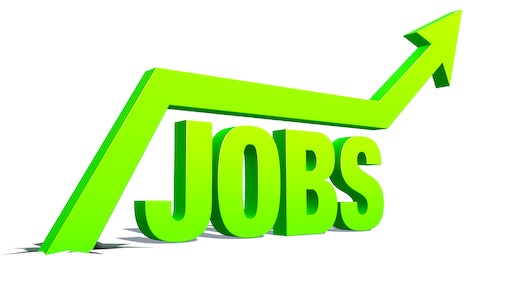 The construction industry added 464,000 net new jobs in May, according to an Associated Builders and Contractors analysis of U.S. Bureau of Labor Statistics' data. May represented the largest monthly increase in construction jobs since the government began tracking employment in 1939, a drastic improvement from April, which recorded the industry’s largest month-over-month job loss. 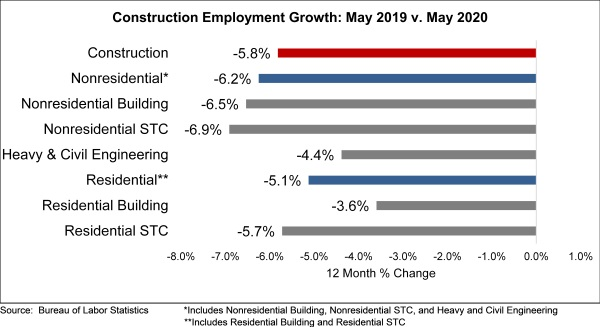 “One way to look at this stunning jobs report is to suggest that economists missed the mark by approximately 10.5 million jobs,” said ABC Chief Economist Anirban Basu. “Economists polled by Dow Jones had forecasted a decline exceeding 8 million jobs. Instead, the economy added a bit more than 2.5 million jobs. It’s also possible that economists missed the mark by two to four weeks, as the economy opened up faster than most economists expected and consumers have been far more willing to engage the economy than many thought possible given the ongoing personal and public health risks presented by COVID-19.

“For contractors, this is purely good news,” said Basu. “With the economy beginning its recovery sooner and more dramatically than anticipated, fewer projects are likely to be postponed or canceled. Combined with rising contractor confidence, as indicated by ABC’s Construction Confidence Index, this will also help accelerate the recovery of state and local government finances as tax collections surge, ultimately resulting in more monies available to finance infrastructure. That said, state and local government finances remain in tough shape, with many local government workers losing jobs in May.

“Make no mistake—these remain treacherous times,” said Basu. “Though economic recovery may have begun, there is still the possibility of a resurgence in infections as stores, restaurants and other businesses reopen. Moreover, while unemployment dipped to 13.3% in May, it remains elevated. Labor force participation has been rocked in recent months, and it may be the case that many dislocated workers, including construction workers, will remain out of the labor force for an indefinite period. There is also a presidential election later this year, which will create further uncertainty for economic decision makers, including among those who purchase construction services.” 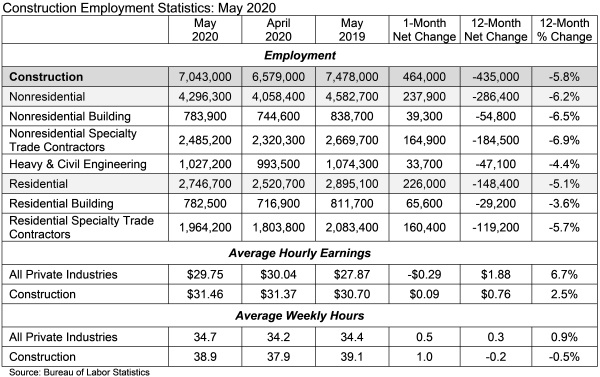