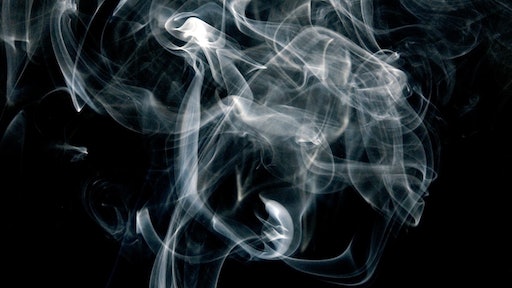 As positivity for most drug categories, other than marijuana, declined or remained flat in the combined U.S. workforce over the past five years, amphetamines (which includes methamphetamine) persisted at 1.1 percent positive each year.

"Driven largely by surging rates of marijuana general U.S. workforce positives and steady rates of amphetamines positives, the rate of drug positivity remained stubbornly high despite seismic shifts to the workplace caused by the COVID-19 pandemic," said Barry Sample, Ph.D., senior director of science and technology, Quest Diagnostics. "However, as we see upticks in hiring and many employees returning to the workplace, it is important that employers consider workforce drug testing as a way to keep the workplace, their customers and the community safe."

"Impairment, whether it be by drugs, alcohol, fatigue or stress, decreases the safety of the workforce," said Jenny Burke, senior director of impairment practice, National Safety Council. "The DTI results, reflecting decreases in many drug categories, occurred in a unique year. Even though these are down, we must continue to educate people about the impairing impacts of these substances. And, as states and the federal government consider changes to the legality of marijuana, we can't take for granted that they also understand the impairing impact of THC. The safety of people who share the roadways and workplaces with impaired people needs to be a priority."

For an interactive map with positivity rates and trend lines by three-digit zip code in the United States, visit DTIDrugMap.com.

Positivity down or flat for most drug categories, but increase for ecstasy 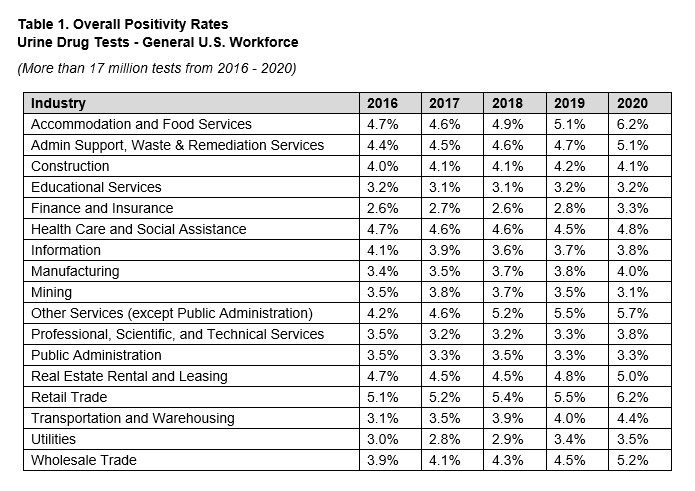 "Our data suggest that marijuana positivity has increased sharply nationwide since states began to legalize marijuana in 2012. However, it appears that states where medical marijuana use alone is legal are not experiencing much higher rates of increase than states where neither medical nor recreational use is legal," Dr. Sample said.

"The Drug Testing Index data shows states with recreational marijuana statutes have significantly higher positivity and the year-over-year differences between recreational states and states with medical and no legalization statutes has grown. In addition, while urine drug testing cannot determine whether an individual is under the influence or impaired at the time of test, our post-accident data suggests that marijuana use may play a role in those workplace incidents prompting a drug test," Dr. Sample said.