Deere and Caterpillar win multiple awards in each program. 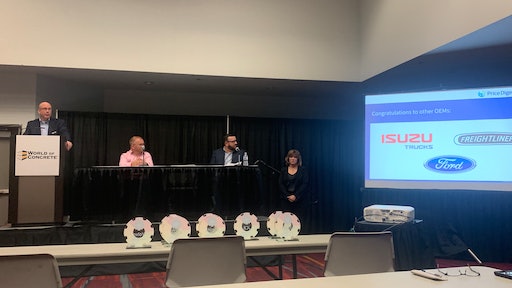 "These awards are prestigious and should be celebrated," Tom Christerson, director of sales at EquipmentWatch said during the award presentation. "Over 100 analyst hours went in to this project on over 25,000 models."

EquipmentWatch, a producer of data, software and insight for the heavy equipment industry, has announced the winners of the 2021 Highest Retained Value Award (HRVA) and Lowest Cost of Ownership (LCO) award programs. These are the only industry awards that leverage third-party, unbiased data to identify equipment that is projected to best hold its value or offer the lowest cost of ownership in the next five years.

"We are very excited about what's happening in our industry today," said Simon Feguson, president of EquipmentWatch. "We have electrification, autonomous vehicles and the impact sustainability will have. We can see these having an impact on the decisions equipment owners will have to make in the coming years and that's where these awards come in."

Winners were announced at a press conference during the World of Concrete 2021 trade show in Las Vegas.

“The EquipmentWatch analysts are excited to mark the sixth year of the Highest Retained Value and fourth year of Lowest Cost of Ownership awards,” says Jessica Carr, director of data and analytics, EquipmentWatch. “The team continues to react to market dynamics, fine-tune the analysis and expand our database. To see so many repeat winning manufacturers, in light of our deepened insight, is a testament to how well their equipment holds its value.” 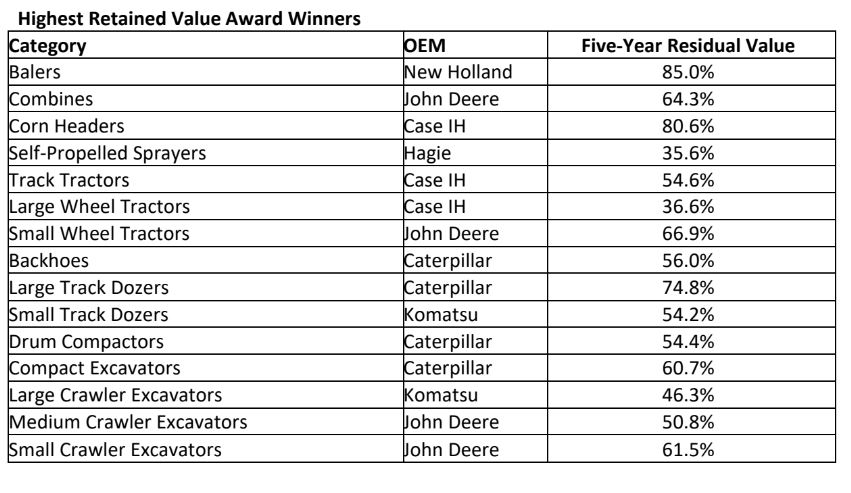 For each of the 30 award categories, analysts reviewed the most popular equipment on the resale channel in 2020. The models were sorted by their relative popularity and removed any model not currently in production in North America. After filtering the data, analysts chose six of the top models as finalists.

"These awards are prestigious and should be celebrated," Tom Christerson, director of sales at EquipmentWatch said during the award presentation. "Over 100 analyst hours went in to this project on over 25,000 models." 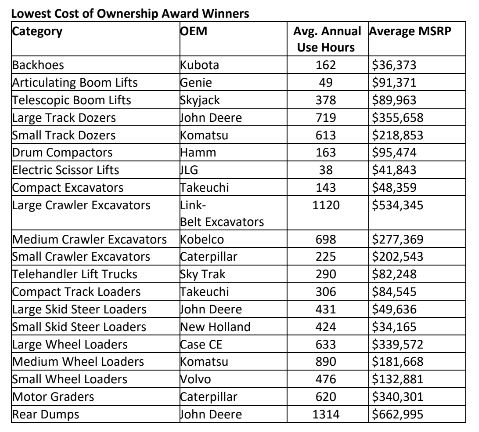 EquipmentWatch’s ownership costs are calculated according to standard Rental Rate Blue Book calculations and methodology. Using the same 12 months of data from the resale channel, analysts cleaned the results and determined the average annual utilization for each model. Analysts forecasted residual values for each model to represent the resale value over the five-year period. Along with the average annual use hours and residual values, analysts also used the original price for each model in the ownership cost calculation alongside other standard cost factors. This calculation was run for each model, for each of the first five years of the machine’s economic life.