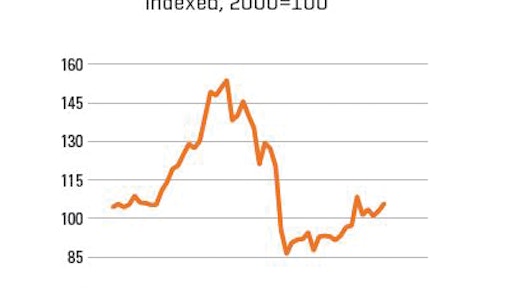 McGraw Hill Construction, part of McGraw Hill Financial, released its 2014 Dodge Construction Outlook, a mainstay in construction industry forecasting and business planning. The report predicts that total U.S. construction starts for 2014 will rise 9 percent to $555.3 billion, higher than the 5 percent increase to $508 billion estimated for 2013.

“We see 2014 as another year of measured expansion for the construction industry,” said Robert Murray, McGraw Hill Construction’s vice president of economic affairs.  “Against the backdrop of elevated uncertainty and federal spending cutbacks, the construction industry should still benefit from several positive factors going into 2014. Job growth, while sluggish, is still taking place. Interest rates remain very low by historical standards, and in the near term the Federal Reserve is likely to take the necessary steps to keep them low. The bank lending environment is showing improvement in terms of both lending standards and the volume of loans. And, the improving fiscal posture of states and localities will help to offset some of the negative impact from decreased federal funding,” Murray said.

Single family housing will grow 26 percent in dollars, corresponding to a 24 percent increase in units to 785,000 (McGraw Hill Construction basis). The positives for single family housing are numerous – the pace of foreclosures has eased, home prices are rising and mortgage rates remain near recent lows. However, the demand for housing will continue to be restrained by careful bank lending practices towards issuing mortgages.

Multifamily housing will rise 11 percent in dollars and 9 percent in units. While growth continues, the percentage gains will be smaller than the previous four years, reflecting a maturing multifamily market. This structure type is still a favored investment target by the real estate finance community, which in the near term should lead to more high-rise residential buildings in major cities.

Commercial building will increase 17 percent, a slightly faster pace than the 15 percent gain estimated for 2013. Both warehouses and hotels will continue to lead the way, while stores and office buildings pick up the pace. The positives for commercial building are improving market fundamentals and more bank lending for commercial development. Next year’s activity in dollar terms will still be 28 percent below the 2007 peak.

Institutional building will edge up 2 percent, turning the corner after five years of decline. For the educational building category, colleges are revisiting capital expansion plans, and passage of recent construction bond measures in several states should help K-12 construction projects. Healthcare construction is expected to remain flat, given continued emphasis on cost containment.

Public works construction will drop 5 percent, pulling back after a 3 percent gain in 2013 that was lifted by the start of several large highway and bridge projects. More focus on deficit reduction will limit federal support for environmental public works, although the improved fiscal position of state and local governments will help to cushion the extent of the public works decline.

Electric utility construction will retreat 33 percent, continuing the 55 percent correction estimated for 2013 that followed the current dollar high reached in 2012. Capacity utilization is down sharply, limiting the near term need for new generating capacity. The need for transmission line work remains strong.

“The 2014 picture bears some similarity to what’s taking place during 2013, with single family housing providing much of the upward push, multifamily housing showing a slower yet still healthy rate of growth after four years of expansion, and commercial building gradually ascending from low levels,” Murray said. “One change that’s expected for 2014 is that institutional building will no longer be pulling down nonresidential building and total construction.”

Safeguard Your Business in 2014

Report Shows Construction Industry Rebound But Not Without Headwinds