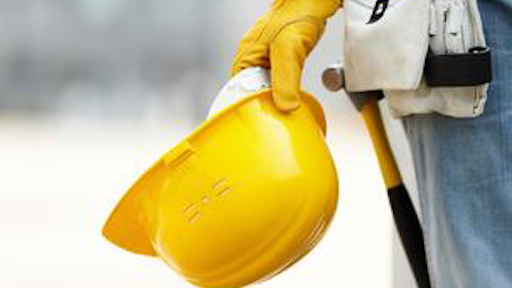 Construction employers added 6,000 workers to payrolls in May as the industry’s unemployment rate dropped to 8.6%, its lowest May level in six years, according to analysis of government data by the Associated General Contractors of America. But association officials cautioned that gains remain spotty and thousands of highway construction jobs are at risk because of a pending halt in federal transportation funding later this summer.

“Even with five straight months of construction employment gains, the industry remains vulnerable to sudden shifts in demand,” said Ken Simonson, the association's chief economist. “Unless lawmakers act in the next few weeks to head off an expected disruption in highway funding, the sudden loss of billions of dollars worth of demand would cost many construction workers, as well as workers from other segments of the economy, their jobs.”

The unemployment rate for workers actively looking for jobs and last employed in construction declined from 10.8% a year earlier to 8.6% in May—the lowest May rate since 2008. Simonson noted that the unemployment rate for construction workers had fallen by more than half since May 2010, when it reached 20.1 percent. During that time, the number of unemployed workers who last worked in construction declined by over one million, but industry employment increased by only 480,000.

Association officials urged Congress and the Obama administration to work together to find a way to keep the federal Highway Trust Fund from running short of money, as forecast, in August. Disrupting payments from the fund would force many states to halt billions of dollars worth of highway projects during the middle of the busy construction season.

“Forcing a sudden halt to thousands of highway projects across the country will undermine much of the growth the construction industry has recently experienced,” said Stephen E. Sandherr, the association’s chief executive officer. “Such a shutdown would cost thousands of construction jobs and force commuters and shippers in many parts of the country to pay for the lost construction season through pothole damages and shipping delays.”

Sandherr added that over 8,000 construction employees have already contacted Congressional delegations from 48 states to urge their support for a fix to the Highway Trust Fund as part of the Hardhats for Highways program. That program, which is being organized by the Transportation Construction Coalition, will continue next week when thousands of construction contractors will fly to Washington D.C. to meet with members of Congress to press the case for new federal highway funding.

NAHB: 56 of 350 Metros Returned to or Exceeded Normal Activity Levels in June 2014